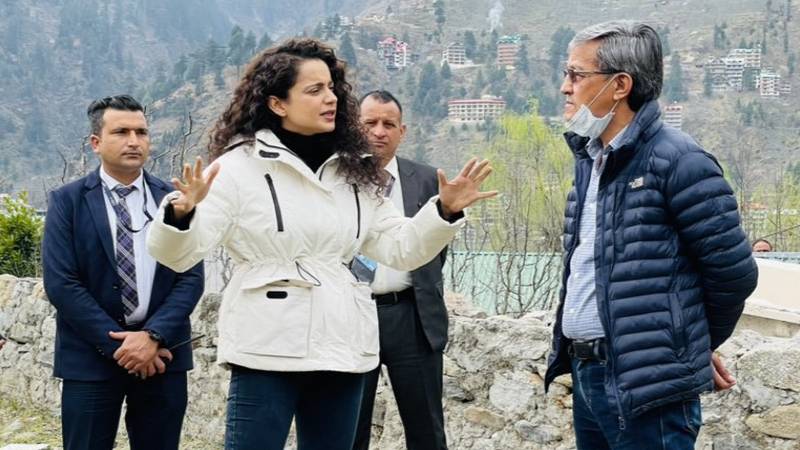 Bollywood actress Kangana Ranaut is going to build her first cafe and restaurant in Manali. Kangana has also bought land in Manali to fulfill her dream. Kangana herself has given information to fans by sharing some of her photos from the location on social media on Tuesday. She has also thanked her team for supporting her in this dream.

Sharing photos from the sight, Kangana wrote, "Sharing my new venture my dream with you all,something which will bring us closer,other than movies my other passion food, taking baby steps in to FnB industry,building my first cafe and restaurant in Manali, thanks to my terrific team dreaming of something spectacular. Thanks"

Also Read: Kapil Sharma breaks his silence on why he was on wheelchair when he lost his calm at paparazzi

Kangana is seen talking with her team at the location in Photos. Her sister Rangoli and beautiful pictures of Manali are also seen in the photos. Kangana recently reached her home in Manali after finishing the shooting schedule of her upcoming film Dhakad in Madhya Pradesh. Directed by Rajneesh Ghai, 'Dhakad' will be released in theaters on October 1 this year.