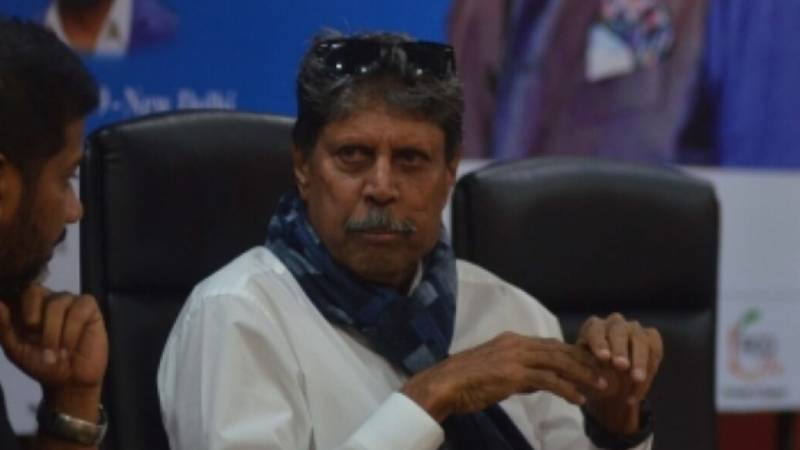 Kapil is stable and would be discharged in a couple of days, said the hospital. Angioplasty is a procedure to restore blood flow through the artery.

Atul Mathur, Director of Cardiology Department at the Fortis-Escorts Heart Institute, performed the angioplasty after Kapil reached the hospital at 1 am on Friday.

"Former India cricket captain Kapil Dev came to the emergency department of Fortis-Escorts Heart Institute (Okhla Road) at 1 am on Friday with a complaint of chest pain. He was evaluated and an emergency coronary angioplasty was performed by Atul Mathur, Director of Cardiology Department, in the middle of the night," said a hospital statement.

"Currently, he is admitted to ICU and under close supervision of Atul Mathur and his team. Kapil Dev is stable now and he is expected to get discharged in a couple of days," it said.

Another doctor, who did not wish to be identified, had earlier told IANS that the angioplasty was done under local anaesthesia, and normal patients are kept in hospitals for 48 to 72 hours before being discharged.

"Since Kapil has a sugar problem for a long time, there could be an issue with such patients. In diabetic patients, the blood vessels have more calcium deposits. So that is an issue that could happen to patients undergoing angioplasty. But he is stable," the doctor told IANS.

There is a WhatsApp group of the 1983 World Cup-winning Indian team and all the news related to the members of that team are shared on it.

"The man with the mighty heart Kapil has recovered very fast. True to his character, he had turned the tough times upside down," wrote a member of the World Cup-winning team.

Kapil held the world record for most Test wickets (434) for over six years until it was broken by Courtney Walsh of the West Indies.

The other big achievement of Kapil was to lead India to Wold Cup triumph in 1983, when the team was considered minnows in limited overs cricket.