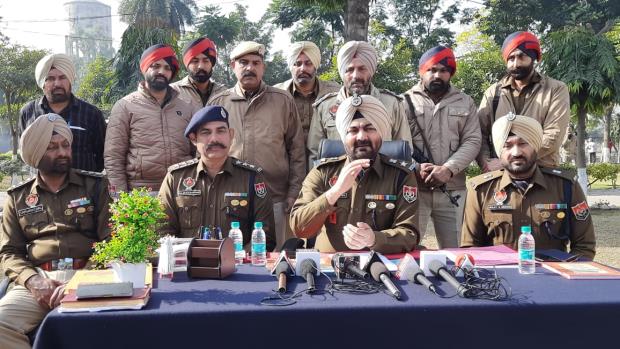 Following the directions of Punjab Home Minister Sukhjinder Singh Randhawa and Director General of Police (DGP) IPS Siddharth Chattopadhyaya to eliminate the drug abuse from the state, Kapurthala police on Sunday foiled an attempt to push a big drug consignment by peddlers into the state from Madhya Pradesh and seized 3.75 Quintal of poppy husk concealed in a truck and arrested 04 drug peddlers.
The arrested accused have been identified as Piara Lal resident of Jakopur, Surinder resident of Sabuwal Jalandhar and Jasbir Singh Kala, Didar Singh resident of Saincha Kapurthala.
Divulging more details, Senior Superintendent of Police (SSP) Harkamalpreet Singh Khakh said the police have been keeping a close vigil on the activities of narcotics smugglers active in Kapurthala.
He said that special teams have been formed for this. A police team led by Jarnail Singh, SHO Talwandi Choudhary, was patrolling on Kapurthala and Sultanpur lodhi highway on a tip-off.
The police team stopped a truck with Punjab registration number "PB06G6777" at a check post on Kapurthala -Sultanpur Lodhi Road and recovered 3.75 quintals of poppy husk hidden in a special compartment made in the truck. He said that the secret compartment made to hide the poppy husk looked like the floor of an ordinary truck and 350 sacks of basmati rice were placed on it. During the search, the police team found nuts and bolts hidden in the floor and when they were opened, 25 sacks (15/15 kg) of poppy husks were recovered.
SSP said that this is the third big haul by Kapurthala police since last month following the directions of the Punjab Home Minister to check inter-state vehicles especially coming from Jammu and Kashmir and Madhya Pradesh. 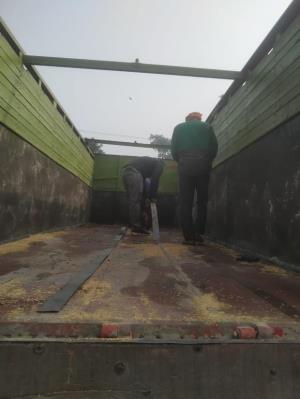 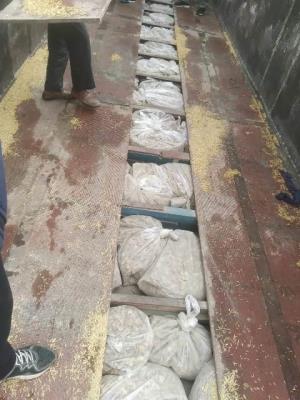 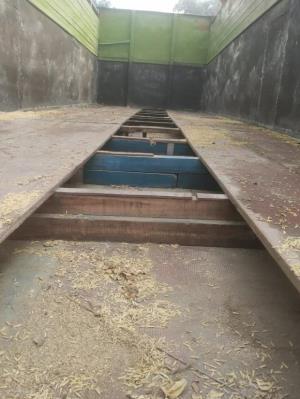 Preliminary investigation revealed that the accused had brought the huge consignment of drugs from Madhya Pradesh, he said.
Also read: Big blow to Congress: MLA Fatehjung Singh Bajwa and Balwinder Singh Ladi join BJP
SSP said that a case FIR No. 127, dated 27/12/2021, under sections 15 (C), 25, 29, 61/85 NDPS ACT has been registered against the accused at police station Talwandi Choudhrian.
He told that the accused would be produced in the local courts and would be taken on remand for further interrogation and to arrest the remaining members