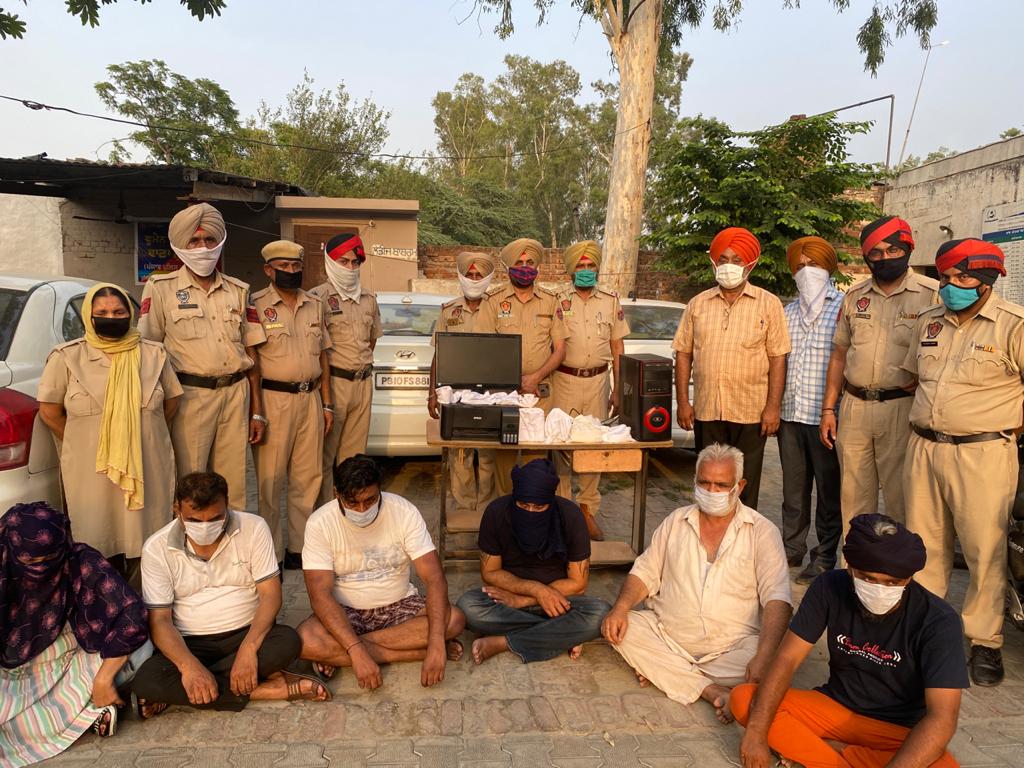 Senior Superintendent of Police (SSP) Harkamalpreet Singh Khakh said in a press conference that police team of Subhanpur police station got information from a reliable source that a Skoda car number (PB10-DS-3700) driven by Parget Singh, son of Bhajan Singh, in which a woman named Harpreet Kaur is also present, is distributing fake notes to gullible people by luring them with double the money.

Acting swiftly, special police teams were formed under the supervision of ASP Bhulath, Ajay Gandhi IPS including SHO Subhanpur and other staff to curb the illegal business of distribution of counterfeit notes and to arrest the accused involved in this racket.

Disclosing more details, the SSP said that one police team made a special check-post on Nadala to Subhanpur road and stopped the vehicle for checking, during the search, the police found fake notes of Rs 2000, Rs 7500 of Indian currency along with a bottle filled with chemical, one packet containing powder weighing 20 grams, 4 packets of 400 chemically treated papers used to make 500x500 notes and 8 packets of 800 white papers used to make 2000x2000 rupee notes.

SSP said that preliminary interrogation of the arrested accused has revealed that they are involved in this illegal business to earn easy money and some more members of their gang are distributing fake notes to people in different vehicles. A huge quantity of raw material is also present in their vehicles, from which counterfeit notes are made.

Police teams immediately moved to the suspected area of presence of their other associates and apprehended Charnjit Singh Channa and Mahinder Kumar from one Mahindra maxico vehicle and seized 3 packets of 300 chemically treated papers used to make 500x500 notes and 2 packets of 200 white papers used to make 2000x2000 rupee notes.

The police team has registered a case against these accused under sections 420,406,489C,489D,489E of the Indian Penal Code at Subhanpur police station for indulging in this illegal activity and duping people.

SSP said that during interrogation the involvement of eleven more members of this racket has come to notice and police teams are moved to arrest these members.

He added that some more revelations will also come after detail investigation of the case.

SSP Khakh told that the accused was not only befooling people but were also causing loss to the national treasury. He said that this special campaign would continue to eliminate the menace and strict action would be taken against the culprits.