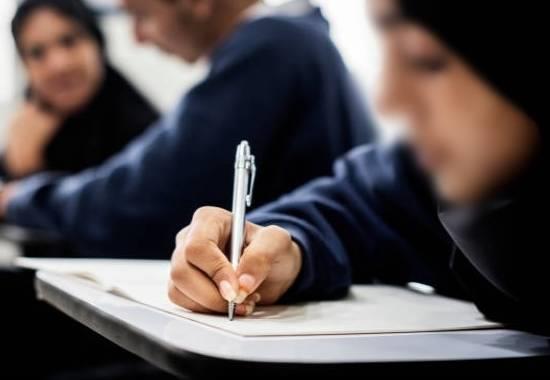 The row over Hijab vs Saffron shawl does not seem to stop in the colleges of Karnataka as to stop the education to be communalized a state run college in Bhadravati town, Shivamogga district, has told girl students who wear hijab to remove it in the waiting rooms and attend classes without it from Thursday. As per Times of India report, a state-runed college Bhadravati town, Shivamogga district of Karnataka directed girls students to remove the veil in the waiting room and then attend the classes as the state government has issued a code of uniforms.
Also Read: Udupi: Facing ire for denying entry into classroom to hijab-wearing students, Principal allows it with 'certain' conditions
As per the report, the Principal of Visvesvaraya Government College, Bhadravathi, MG Umashankar said he had discussed the issue with the students and their parents. The Principal further stated that the issue has been resolved and the students will not wear hijabs. However, the issue might be solved as this has been happening in various districts of Karnataka.  "The issue has been resolved. They will not wear hijab in class," he stated.
The decision of the Principal to ban hijab in the classroom comes after few days back students at a Chikkamagaluru college wearing saffron shawls protested against Muslim girls wearing hijabs on campus. A few students had been demanding that the college administration ensure students do not wear hijab on campus despite college rules specifying that students do not have to follow a code on uniforms (in this particular college). On Tuesday and Wednesday, many students wore saffron shawls and scarves on campus and staged a dharna against the practice.
It is pertinent to mention here that a similar kind of issue came into the limelight in Karnataka's Udupi. In December 2021, four students belonging to a particular community were denied entry into the classroom for wearing hijab (headscarf). The students accused the Principal of the pre-university college of taking such a step and also claimed that they were made to sit outside of the classroom at the stairs and even marked them absent. However, the Principal denied the claims of the students and had stated that the students made the allegations under the influence of some vested interest groups.
After the row over Hijab intensified, Karnataka Education Minister BC Nagesh had emphasized the need for a uniform dress code in order to avoid such incidents in the future.