The call for bandh on December 31 comes as pro-Kannada organisations demand the Maharashtra Ekikaran Samiti (MES) be banned. 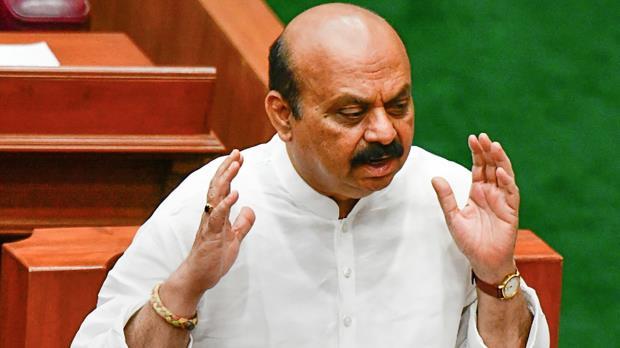 After a group of pro-Kannada groups called for a statewide bandh on December 31, state Chief Minister Basavaraj Bommai has urged the organisations to withdraw the shutdown. Examining their demand legally, CM stated that the government has already taken action against "anti-Kannada forces."
The call for bandh on December 31 comes as pro-Kannada organisations demand the Maharashtra Ekikaran Samiti (MES) be banned. During the ongoing conflict between Maharashtra and Karnataka over the Belagavi regions, members of the MES are suspected of defacing the statue of freedom fighter Sangolli Rayanna in the disputed district on December 18.
“I appeal to organisations… as per their wishes, we have already taken several decisions. We have acted against anti-Kannada elements in accordance with the law. We are looking into the legality of the demand to ban MES. So, I urge them not to go forward with the bandh. Bandh is not an answer for everything,” remarked Bommai.
The CM further said that the administration would welcome it if organisations want to put pressure in any other peaceful way, other than bandh. "So, we earnestly urge that the organisations call off the bandh," he continued.
The development comes after a series of vandalism incidents. On December 14, Karnataka’s flag was burnt in Maharastra prompting unidentified individuals to pour black ink on a statue of Chhatrapati Shivaji in Bengaluru.
Also Read: 'Respect idols': Karnataka CM after miscreants vandalise statues of iconic figures
Suspected MES supporters in Belagavi then allegedly vandalised a statue of Rayanna and pelted stones at Karnataka government vehicles. The incident prompted police to issue prohibitory orders in some parts of the district. In connection with the vandalism, Karnataka police apprehended seven people.
Following this, more than 35 organisations have shown support for the dawn-to-dusk bandh. However, several organisations such as the Karnataka Film Chamber of Commerce (KFCC), Karnataka Rakshana Vedike (KRV), Bruhat Bangalore Hotels Association, Auto, schools and colleges associations, shopping malls associations, and other commercial establishments have offered only moral support, stating that they will not participate in the bandh and will continue to operate normally.
The Karnataka-Maharashtra dispute has its origin with Maharashtra Ekikaran Samiti advocating for Belagavi's integration with Maharashtra.