. IIFA is all set to be held in Madhya Pradesh for the first time 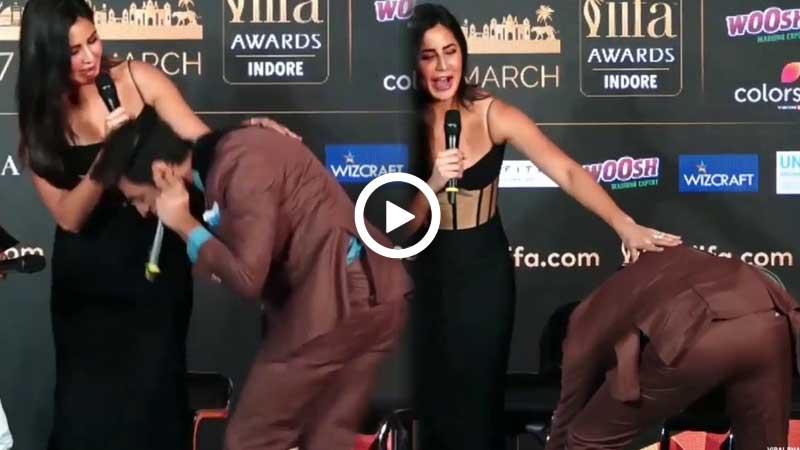 The India International Film Festival (IIFA) on Wednesday organised a presser in which Bollywood actress Katrina Kaif and heartthrob Karthik Aryan interacted with the media. IIFA is all set to be held in Madhya Pradesh for the first time. During the press conference, it was also revealed that the show will be hosted by none other than Salman Khan and Ritesh Deshmukh.

However, what caught everyone's eyes is the chemistry of Katrina and Karthik. During the presser, Karthik touched the feet Katrina. Katrina and Karthik both looked stunning and who knows they will be paired in a movie together someday.