Kartik Aaryan spills the beans on Shehzada; reveals it'll be the biggest film of his career

Bollywood actor Kartik Aaryan celebrates his birthday on November 22. The 30-year old actor has already made a mark for himself in the industry through his back-to-back amazing performances. 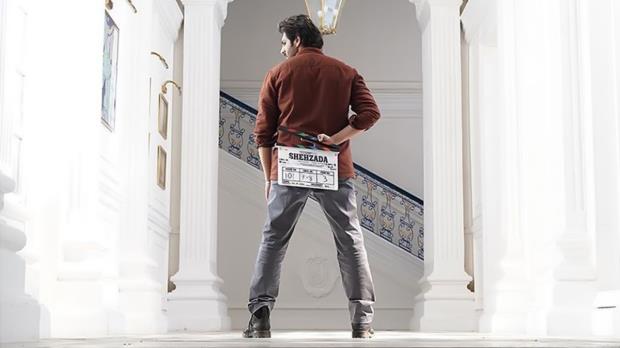 Kartik Aaryan easily boasts one of the most, if not the most enviable lineup of movies among all Bollywood stars today. There's Bhool Bhulaiyaa 2 in March 2022, followed by Freddy and Captain India. However, arguably the biggest film of his career till date will arrive in November next year courtesy of Shehzada, the official remake of Allu Arjun's Telugu blockbuster, Ala Vaikunthapurramuloo, directed by Rohit Dhawan of Dishoom and Desi Boyz fame. Shehzada will also reunite Kartik Aaryan with his Luka Chuppi costar, Kriti Sanon, adding to the excitement after the magic they created in that film.

To get a lowdown on how big Shehzada is actually shaping up to be, BollywoodLife quizzed Kartik Aaryan about the same in an exclusive video interview, where he spilled some beans about the movie.“I think it is being shot on a very, very large scale, on a big, big scale. I'm really looking forward to it, and as the title suggests, it is actually Shehzada, and the film is being made on that scale, too, so, I'm really looking forward to it. It'll be one of my biggest films, also, and so is Bhool Bhulaiyaa (Bhool Bhulaiyaa 2), so is Captain India, because that large-scale setup is now being applied to every film (of his),” said Kartik.

Confirming that the film is on track to meet its 4th November 2022 release date, the star added, “Shehzada will come next year in November.” So, there you have it straight from the horse's mouth – how much of Bhool Bhulaiyaa 2 is left to shoot and when the movie will certainly hit the bug screen.