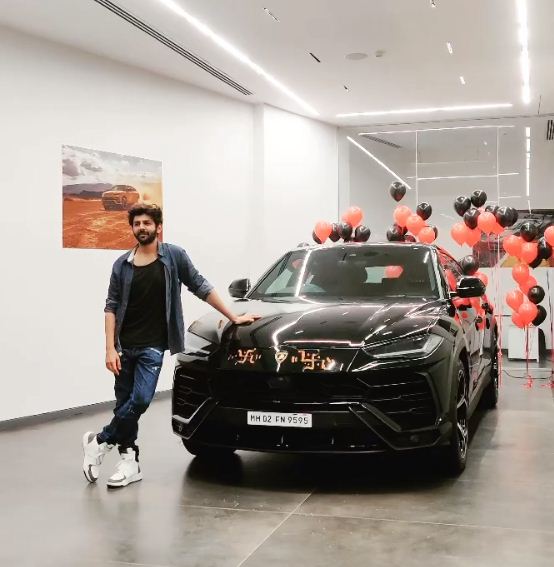 After testing negative for coronavirus, Kartik Aaryan finally made his first appearance. Kartik stepped out and was seen after 14 days flaunting his new black car. As soon as the actor tested negative the first thing he did was to buy a Lamborghini worth Rs 4.5 Crore. After announcing that he was covid positive the actor was under home quarantine taking all necessary precautions.

Kartik Aaryan is now gearing for his new project ‘Dhamaka’ making sure that he has his mask on.

The man who stole every girl's heart was seen in a simple yet cool attire while wearing a denim shirt over a black shirt with blue jeans. Reports reveal that the four-wheeler had to be airlifted from Italy as the actor could not wait anymore. After all, this was the first good thing happening to him after covid. Few sources say that the actor paid half a crore extra to get the car early. 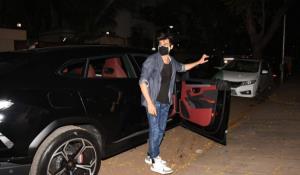 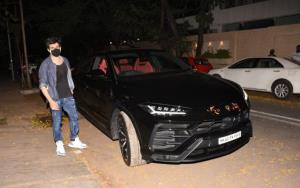 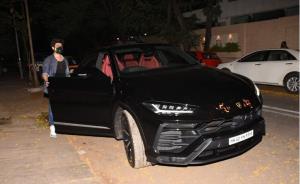 Taking to his Twitter handle on Monday Kartik wrote, “ Negative heavy 14 din ka vanvaas khatam back to work”. The actor was shooting for Bhool Bhulaiya 2 when he tested covid positive opposite, Kiara Advani. The movie is planned to be released on November 19,2021. Adding to his work the actor has two other films in his hands; Ram Madhvani’s Dhamaka will be a digital release and Collin D’cunha’s Dostana.