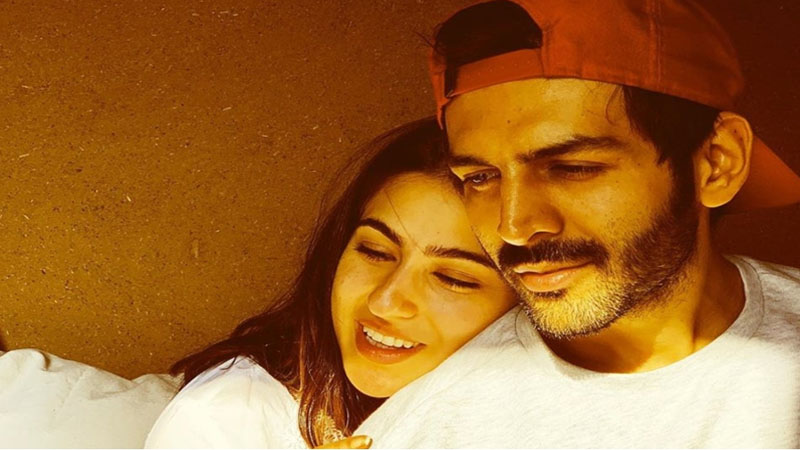 Meanwhile, Bollywood film-maker Imtiaz Ali has roped in the actors for his next film. Although there has been no fresh update on the film yet, Kartik recently opened up about working with the master director, sharing the screen with Sara Ali Khan for the first time.

Kartik on speaking about working with Sara said in an interview that ever since Sara confessed of her crush on a famous chat show of Karan Johar, he has been waiting eagerly to see himself with Sara on the silver screen. According to him, fans are keenly waiting to see them together and he just hopes to live up to the curiosity.

The actor also spoke about the fan frenzy and love their pairing enjoys. He further added, before watching them together on screen is something that has happened for the first time. He assured that he is very happy about it and won't let his fans go disappointed.

The film, which has been tentatively named as, 'Aaj Kal,' is expected to be the sequel of Saif Ali Khan and Deepika Padukone's starring 'Love Aaj Kal.'

Apart from this, Kartik has a line-up of films namely, 'Dostana 2' and 'Bhool Bhulaiyaa 2.' Whereas, Sara will be seen in 'Coolie No. 1' co-starring Varun Dhawan in the lead role.