Katrina Kaif, Vicky Kaushal may be getting married at this 14th century Rajasthan Ranthambore resort 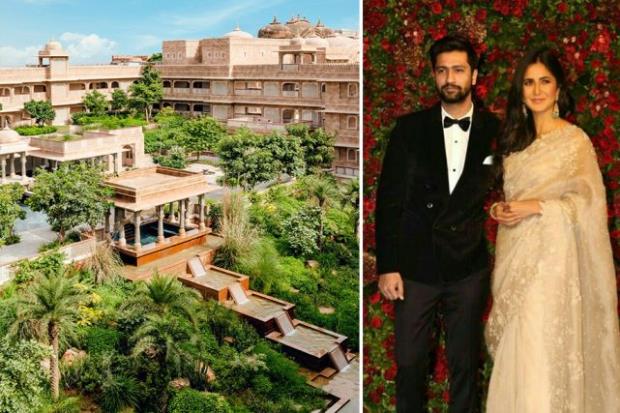 Katrina Kaif and Vicky Kaushal continue to surprise us every day with their romance. Firstly their relationship came as a surprise to everyone as the two never opened up about it and neither were clicked ever together. And before the masses could enjoy their not-so-secret romance, the actors are already on their way to walk down the aisle. The rumours around the wedding of Bollywood actors Katrina Kaif and Vicky Kaushal seem to be everywhere and while the actors have stayed tight-lipped about their upcoming nuptials, the internet has been playing detective for quite some time now. In what seems to be some new information around the venue of their wedding, it has come up that the Bollywood stars are getting married at the Six Senses Fort Barwara in Ranthambore.

While it was earlier reported that the wedding is happening in Rajasthan, the information of the exact venue has landed in the internet’s lap thanks to Instagram fashion handle Diet Sabya. Diet Sabya was discussing Vicky-Kat’s wedding looks in their Instagram stories until one user revealed via DM, “Katrina and Vicky are getting married at the Six Senses Fort Barwara outside Ranthambore next month. Our local safari guide told us. They’ve all been hired.” Diet Sabya posted the DM on their Instagram stories.

This is the first Six Senses Resort in India that has been made converting a 14th century fort in Ranthambore. It opened for guests in October. It took a decade for the restoration of the 700-year-old fort which has 48 suites along with three restaurants with a bar and lounge, fitness centre, two swimming pools, banquet area, lifestyle boutique, children’s club among many other amenities.

It was earlier rumoured that Vicky and Katrina had their roka ceremony on Diwali at filmmaker Kabir Khan’s residence but the stars have not said anything about the subject yet. Talking about the kind of woman he would like to spend his life with, Vicky opened up on Bear Grylls’ show and said, “Whoever makes you feel at home all the time, you just know that connect. Also, where there is that understanding where you love each other for your plus and minuses both and we make each other a better version of each other.”

Vicky was recently seen in Sardar Udham and received a lot of praise for his performance in the Shoojit Sircar film. Katrina was last seen in Rohit Shetty’s Sooryavanshi.