Kejriwal guarantees free, uninterrupted electricity in Goa, if AAP is voted to power

Goa Legislative Assembly elections for 40-member is scheduled for February next year. 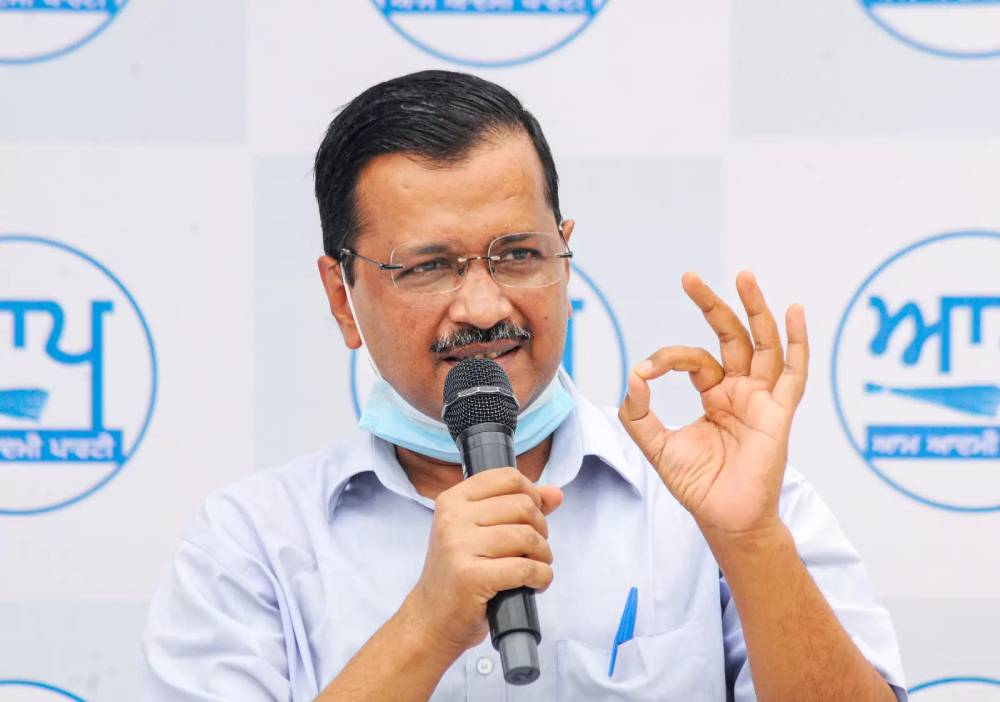 Delhi Chief Minister Arvind Kejriwal who is eyeing assembly elections of several states to expand his AAP party on Wednesday said that each family in Goa will get up to 300 units electricity-free per month if his Aam Aadmi Party (AAP) is voted to power in the state Assembly elections. Kejriwal is on a two-day visit to Goa and has called his announcements a "guarantee."

Goa Legislative Assembly elections for 40-member is scheduled for February next year.

"My first four guarantees to you are in the power sector. My guarantee means that the Aam Aadmi Party (AAP) will fulfil it. This is not just a promise for elections, unlike other parties which say we made the promise only for elections. Whatever Kejriwal says, he does," said Kejriwal.

He said, "If people in Delhi can get free electricity, then why not free power for people in Goa," adding that the coastal state has enough power supply, however, there are frequent power cuts in Goa.

"After AAP comes to power, your electricity bill will be sent to your house with the following message on it: amount to be paid, zero," Kejriwal mentioned and added that in Delhi 73% of households get zero electricity bills.

Also Read: Explained: What impact will Arvind Kejriwal’s announcement of 300 free units of power have on PSPCL?

He further went on to say that if the AAP government is formed in Goa, and once the implementation is done, 87% of Goa will start getting zero electricity.

The second assurance that Delhi CM gave was that all old and pending electricity bills will be waived off.

"We will start on a clean slate. Whatever I'm saying in Goa, we have implemented it successfully in Delhi," Kejriwal said.

Kejriwal’s third guarantee for Goans was that there will be a constant 24x7 power supply in Goa.

Elaborating that he has successfully provided electricity in Delhi, he said, "In Delhi, me and my power minister ensured that it gets power supply 24 hours a day. It was a result of the hard work put in by us. We will do the same in Goa."

He further slammed MLAs who left Congress and other opposition parties, joined BJP after the last polls in Goa, said that those who should have been in power are in opposition. While people ruling the state should have been in opposition. He continued saying that those MLAs who joined BJP claiming they will work for the people, are they performing their jobs? Leaders who switched are saying they did it for money and people feel betrayed, Kejriwal added.

The National capital’s Chief Minister’s fourth guarantee was that farmers in Goa will receive free electricity.

Kejriwal has recently visited states that will hold assembly elections in early 2022 and has been intensively propagating change for the state.

Notably, he promised the same things in Punjab and Uttarakhand that he had made in Goa. Kejriwal visited Punjab in June, where the Congress is in power and Uttarakhand in July which BJP rules the same as Goa.