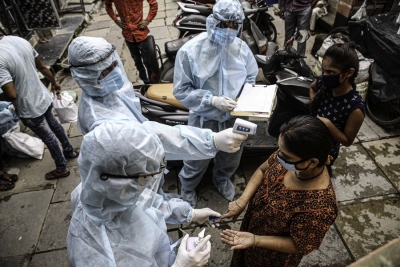 The test positivity rate in the state stands at 8.95 per cent.

Samples of 32 people who have tested positive for Covid-19 following their arrival in the state from the United Kingdom (UK) recently, were sent to the National Institute of Virology (NIV) in Pune to test if they have contracted the new mutated strain of coronavirus.

Of the total Covid positive cases reported on Thursday, Ernakulam reported the maximum of 574 cases, while Kasargod reported the lowest of 96 cases.

At least 122 people who have reached from other states, tested positive for the virus.

Alappuzha district has added as the new hotspot in the state, taking the total hotspots to 458.