The repeated stringent remarks of the Supreme Court and the worsening air pollution levels in the national capital had no bearing on officials concerned as they were too busy to attend a high-level meeting called to discuss ways to check air pollution in Delhi.

The meeting was called by Parliament's Standing Committee on Urban Development. However, it had to be cancelled as vice-chairperson of the Delhi Development Authority (DDA), commissioners of three MCDs in Delhi and many MPs did not turn up.

The date of the meeting is yet to be decided.

Besides the above officials and MPs, others who failed to turn up include secretary Environment and Climate Change. The MPs who were present include: Jagdambika Pal, Hussain Masoodi, CR Patil and Sanjay Singh were present in the meeting.

Meanwhile, Union Environment Minister Prakash Javdekar said he will look into the matter. "I need to enquire about it. I'm not aware about the matter at present."

"We are always very serious about pollution. I have emphasised that pollution is not a problem faced only by Delhi. I have ordered a joint action plan and the teams are working on it," he said.

"Joint cooperation of all agencies is needed to fight pollution," he said.

The Aam Aadmi Party has alleged that BJP Lok Sabha MP from East Delhi, Gautam Gambhir was among the missing MPs. The party said the agenda for the meeting was shared a week ago and clearly said it was to discuss the air pollution levels in Delhi. The party asked if Gambhir's seriousness on pollution is "limited to the commentary box". 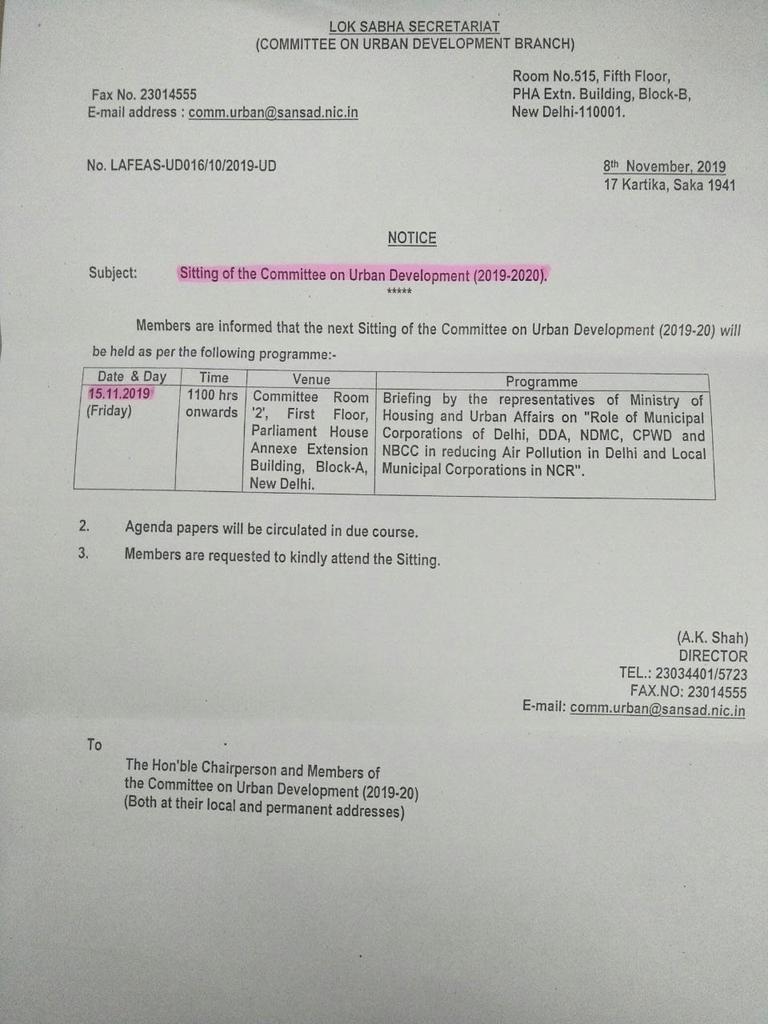 WHAT WAS THE MEETING ALL ABOUT?

The questions that the members were planning to raise included: As there are about 50 lakh cars on the roads in Delhi, is the government coming up with any sort of carpool policy or regulation?

Another question was that as per the Union Government, Rs 1,150 crores were given by the Centre to the states in the last one year to combat air pollution along with 14,000 machines. Does the government have a quantitative and qualitative utilisation report of the money disbursed?

The third question to be raised pertained to the Supreme Court's recent observation that everybody ranging from the secretary to the gram pradhan will be held responsible for losses due to air pollution. Does the government, in this regard, intend to define and fix responsibility through an internal mechanism?

The national capital is battling alarming levels of air pollution for the past few weeks. The air quality further deteriorated in the last four days, forcing authorities to shut schools for two days.

Get the latest update about Delhi Pollution, check out more about True Scoop News, English News, National News & Why meeting On Pollution