The Samyukt Kisan Morcha has issued instructions to allow emergency services and anyone in need of medical treatment to pass. 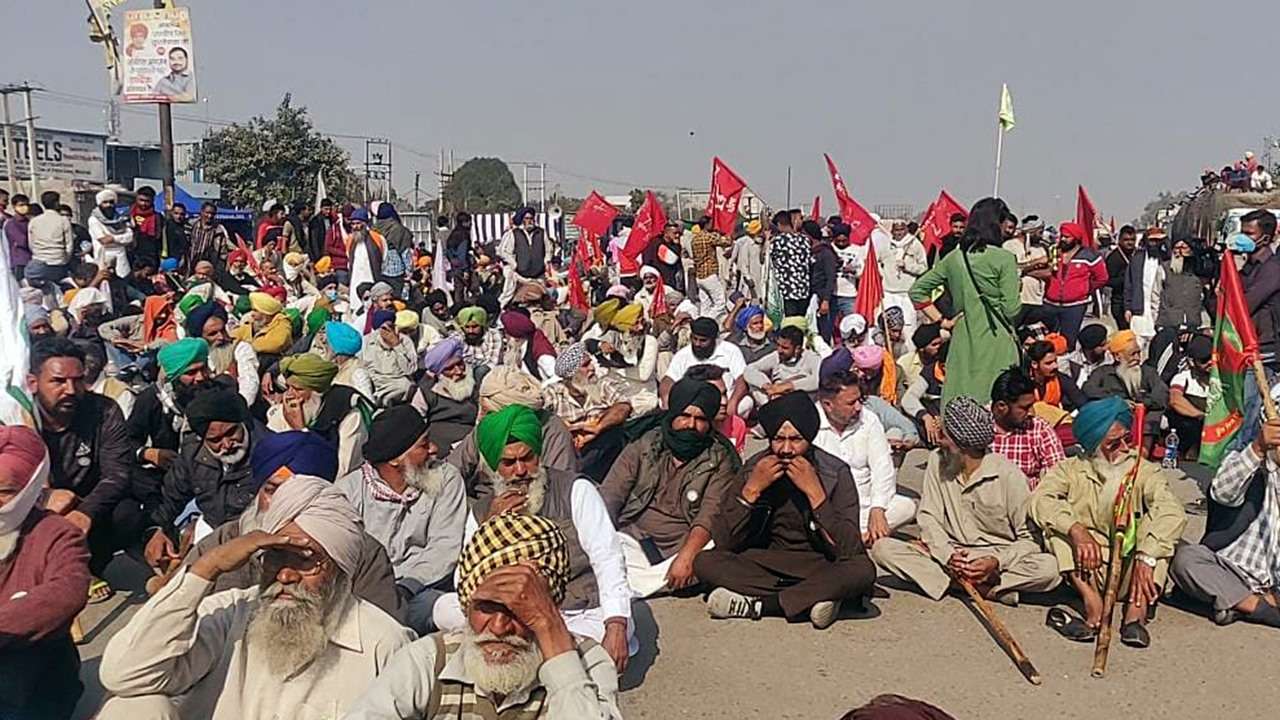 Following a nationwide call by farmers' unions to seek the repeal of three Central farm laws, hundreds of farmers have blocked major highways today, including National Highway 1 which connects Delhi with parts of Haryana and Punjab.
Farmers, farm labourers, commission agents, trade and employee unions, and political party activists have camped on national highways, causing traffic disruptions across states.
In both Punjab and Haryana, protesting farmers parked their tractors on highways and important link roads. Heavy police presence could be seen at various places to maintain law and order given the protest by farmers.
The Samyukt Kisan Morcha has issued instructions to allow emergency services and anyone in need of medical treatment to pass.
Meanwhile, Protesting farmers have blocked the rail track in Barnala, as well as the highways leading to the town, since 6 a.m., and the markets have been closed. “We have blocked 10 roads in the district,” Balwant Singh Uppli, press secretary of the Bharti Kisan Union, Dakaunda, stated. " We condemn the black laws," he added.
Sangrur-Patiala, Sangrur-Ludhiana, and Sangrur-Bathinda highways are all blocked by farmers.
Long-distance train passengers, who are stranded at Ahmedgarh are among the worst affected. Activists from social organisations, on the other hand, hold a medical assistance camp and langar for them.
Also Read: Hundreds of farmers block highways in Punjab, Haryana
Farmers have blocked the Sirsa-Mansa route and the Bathinda-Patiala road. Near the Passiana police station, farmers have also blocked the Chandigarh-Bathinda national highway.
Protesting farmers blocked vehicle traffic on the Chandigarh-Pathankot route in Mangarh. Volunteers from BKU Dakaunda have closed the Punjabi University's gate in Patiala. Roads in Tanda Urmur are also blocked.
The police diverted traffic at several places as the farmers blocked the highways.
Chandigarh: