According to reports, the construction of this massive structure began a decade ago. This temple has seven floors and the world's largest dome. 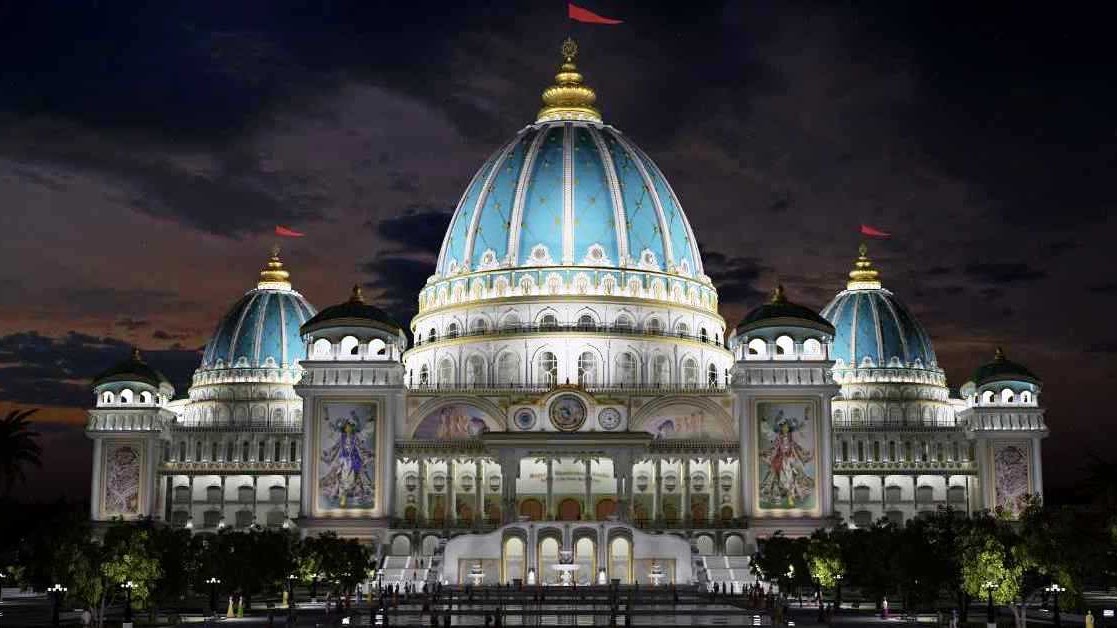 The world's largest Krishna temple is being constructed in Mayapur, 130 kilometres from West Bengal's capital, Kolkata. 80 percent of its development will be completed by 2023 after which the public can start visiting the temple.

The Temple of Vedic Planetarium, located in Mayapur, West Bengal's Nadia district, boasts a number of global firsts. The entire temple is nothing less of a modern-day palace, replete with the biggest chandeliers and cutting-edge technology that allows prayers and offerings to be broadcast live across the world.

According to reports, construction on this massive structure began a decade ago and more than two crore kg of cement had already been used. This temple, which is being constructed over an area of more than 6 lakh square feet, has seven floors and the world's largest dome, which adds to its beauty.

The 380-foot high temple has special Blue Bolivian Marble which adds the effect of western architecture to the Temple. It was built to spread Vedic culture and wisdom across the world through a scientific and authoritative presentation based on Vedic knowledge.

Key features of the temple

“The doors of the temple will be open across all communities, cutting across all ethnic backgrounds, all religious backgrounds, and no caste barriers. It is open to all. People can come here, chant, dance before the Lord and be a part of the "Saint Kirtan Movement." he added.