T20 World Cup 2021, Ind vs Pak: Know these Indian cricketers who are ‘threat to Pakistan team’

Know the Indian batsmen to whom Babar Azam and company to watch out for before of Sunday's T20 World Cup match between India and Pakistan. 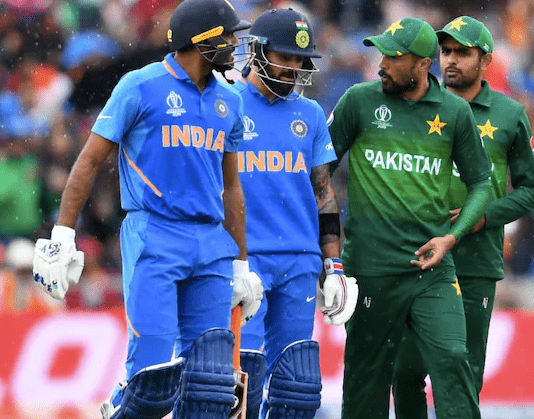 The cricketing world will see the magnificent sight of India against Pakistan at the T20 World Cup in two days. Although India and Pakistan no longer have bilateral connections, they do play regularly in ICC competitions in both the T20 and 50 overs formats. On October 24, India and Pakistan will resume the mother of all fights in the T20 World Cup in Dubai for the first match in almost two years.
Also Read: FUNNY Video Viral: ‘Maaro Mujhe Maaro Guy’ creates HILARIOUS video before IND-PAK Clash
In Pakistan's T20 WC opener on Sunday, some of the cricket gurus highlighted India opener KL Rahul and wicketkeeper-batter Rishabh Pant as the main dangers. The build-up to India versus Pakistan's Group 2 match - the first between the two teams since the 2019 World Cup - has gradually increased.
Also Read: Watch: Jasprit Bumrah, Mohd Shami among other Indian cricketers taking up Squid Game Challenge
Rahul, one of the IPL's leading run scorers, blasted a brilliant fifty against England in India's first warm-up match and also looked in good form against Australia in the second warm-up match. Pant, on the other hand, had a strong IPL season and delivered some lusty hits to England. Nothing, not even the Ashes, according to Hayden, compares to an India-Pakistan match.
Former player Mathew Hayden said, "For Australia, England is their old guard, as they say, since we have been controlled by the Kingdom of the United Kingdom at various times, and cricket would not exist on our shores if that hadn't been the case." Nothing, however, that I have ever witnessed in different aspects of the game that I have been a part of ever compares to the rivalry.
The 49-year-old left-hander scored 1461 runs in 103 Tests for Australia, including 20 in the Ashes. Hayden, who was just named batting coach, acknowledges that an India-Pakistan encounter carries a lot of pressure, which typically results in a negative public reaction for the losing team.
"Obviously, there is pressure in an Indo-Pak match, just as there is pressure if you play against England if you are an Australian," he added, "but the pressure is only as high as you allow it to be." "It's a history-making opportunity. Nothing can replace what will be the state, what we will dream about, write about, and coach about, which will be the event itself, no matter how much data, assignments, or study we provide.
The Super 12 stage begins on Saturday after the eight-team qualification rounds. Hayden, who just joined the Pakistan team, claimed the players were in terrific shape.
"Despite the apparent pressure that began with our first match, the mood is good, the connections among the squad are quite solid, and the players appear really pleased and comfortable.”