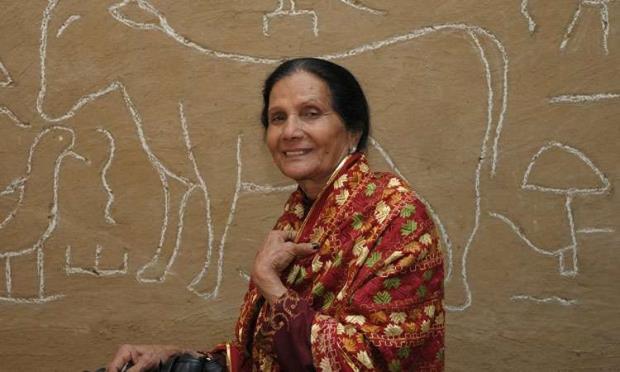 Gurmeet Bawa, the famous Punjabi folk singer who was known for her long ‘hek’ of about 45 seconds, passed away on Sunday at the age of 77. She was one of the singers known for singing Jugni after the (late) Alam Lohar and was the first Punjabi female singer to sing on Doordarshan.

Gurmeet Bawa was born as Gurmeet Kaur in 1944, to S Uttam Singh and Ram Kaur in the village of Kothe (in British Punjab). She became the first teacher of the area after completing her J.B.T. Later she was married to Kirpal Bawa, also a Punjabi folk singer. The couple had three daughters, out of which two are singers, like their parents.

Her career was started in 1963, she took the step because her husband encouraged her a lot. She sang with the Punjabi folk instruments like Algoze, Chimta, Dholki and Tumbi. She amazed the audience during a function organized by the Punjab Association in Mumbai and got a standing ovation by the Bollywood stars like Prem Chopra, Pran and especially Raj Kapoor who repeatedly requested a boli, main jatti Punjab di, meri Nargis wargi akh. She has also represented India overseas during the singing festivals.

In her lifetime she has been conferred with many awards like the Punjab government’s State Award in 1991, Punjab Natak Akademi’s Sangeet Puraskar, Madhya Pradesh government’s National Devi Ahilya Award in 2002 and the Punjabi Language Department’s Shiromani Gayika Award in 2008.

The Folk singer took her last breath in a hospital in Amritsar.