Koffee with Karan 7: Ram Charan to Allu Arjun, the south celebs who might make it to the couch 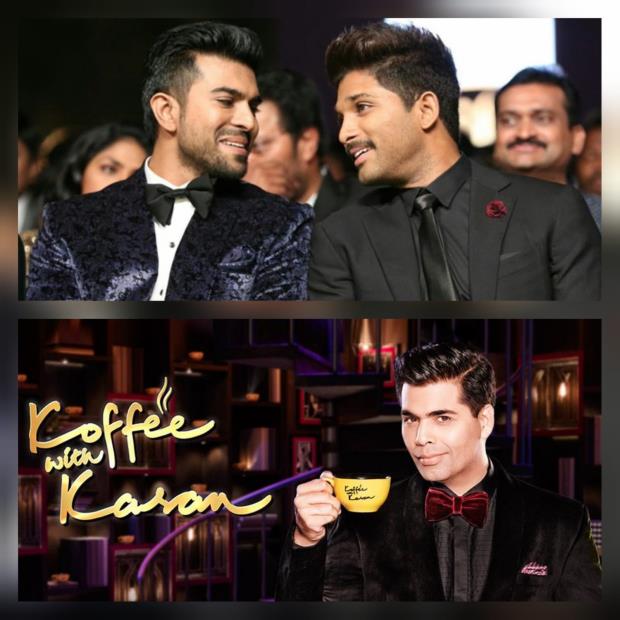 On May 4, Karan Johar revealed that Season 7 of Koffee with Karan would be available to watch on Disney+ Hotstar. However, unlike past seasons, which almost completely featured Bollywood stars, the upcoming season may include a few South Indian film stars, such as Allu Arjun, Samantha, Rashmika Mandanna, Jr NTR, and Ram Charan. Season 7 is rumored to have been created with a South Indian audience in mind.
Know the celebrities who might appear on the show:
PRABHAS AND ALLU ARJUN
Allu Arjun and Prabhas have a strong friendship and have known each other for a long time. If they come together for a special edition of Koffee with Karan, everyone might get to see their bond. Particularly since Allu Arjun and Prabhas became household names in India with Pushpa: The Rise and Baahubali, respectively.
JR NTR AND RAM CHARAN
During their stay on the sets of SS Rajamouli's magnum opus film, RRR, Ram Charan, and Jr NTR formed an unshakable relationship. It would be a lot of fun to watch the RRR combo get frank and possibly pull each other's leg all over again if they do join Karan on Koffee with Karan. RRR's brotherhood was widely discussed during their campaigns.
VIGNESH SHIVAN AND NAYANTHARA
This celebrity duo has been making news for quite some time. With reports circulating that Nayanthara and Vignesh Shivan are about to tie the knot, their appearance on Koffee with Karan could draw a large audience. Nayanthara is also poised to make her Bollywood debut in Shah Rukh Khan's Atlee. So, it's about time for Nayanthara and her lover, Vignesh Shivan, to appear on Koffee with Karan.

Also Read: Malaika Arora calls Arjun Kapoor as 'Her Man', hints wedding plans; 'Wants to grow old with Actor'
RASHMIKA MANDANNA AND SAMANTHA
Samantha gained national acclaim for her role in Amazon Prime's The Family Man 2. She's one of the most well-known actresses in the South. Rashmika Mandanna, on the other hand, was most recently seen in Allu Arjun's box office smash Pushpa: The Rise. Rashmika Mandanna is waiting for Siddharth Malhotra's Mission Majnu and Amitabh Bachchan's Goodbye, while Samantha has a spate of pan-India releases. What a treat it would be to watch Samantha and Rashmika respond to Karan's oddball queries.