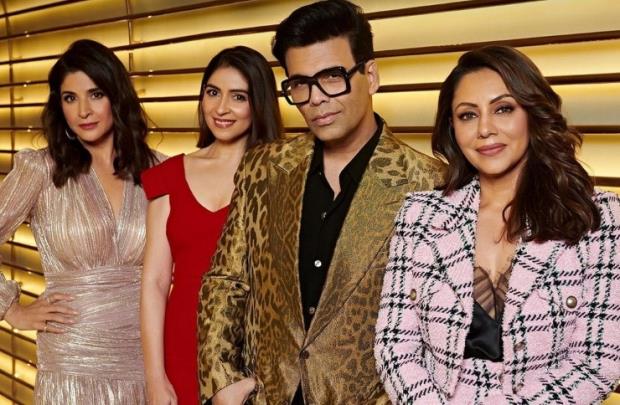 In the recent episode of the chat show Koffee with Karan featuring Gauri Khan, Bhavana Pandey, and Maheep Kapoor, host Karan Johar made a shocking revelation about Ananya Pandey dating two men at the same time.

In response to this Ananya’s mother Bhavana who was present at the show said, she broke up with her boyfriend Ishan Khattar last month only.

During the rapid-fire round, Karan asked Gauri Khan what advice about dating will she give to her daughter Suhana, to which she said, “Never date two men at once.”

It was then Karan turned towards Bhavana saying, I think Ananya has already been in relation with two men at a time, to which Bhavana shockingly asked, “Had she really done that?”

However, later Bhavana clarified that though she was thinking about two, she had broken up with whom she dated earlier, referring to Ishan Khattar.

In one of the episodes of this season, Ananya appeared with her co-star Vijay Deverakonda, during the conversation they revealed how they had been on a date during the shoot of their movie Liger, which they were promoting.

The Kardashians Season 2: When and Where to watch your favorite KarJenner family in India, details inside

Responding to this Karan said, you went on date with Vijay despite the fact you were dating Ishan then, to which the duo clarified that it was a friendly date.

It was during this show only when Karan asked Ananya about her dating rumors with star Kartik Aryan to which she said that we are just good friends.

Kartik dated Sara Ali Khan after the latter admitted to having a crush on him when she appeared with her father on Karan Johar’s chat show but soon broke up over a personal rift.