Varun Dhawan and Anil Kapoor will come together in Koffee With Karan Season 7. The two will be together on a chat show for the first time. 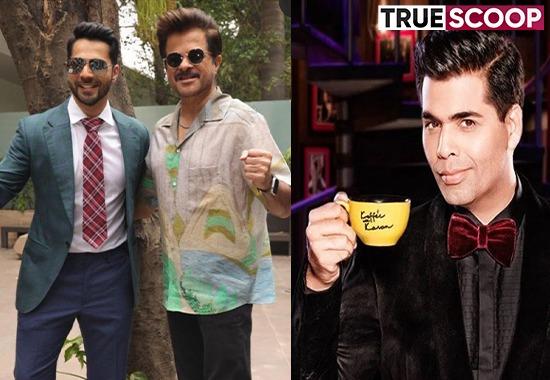 Koffee With Karan Season 7 is in the news a lot these days. This show of Karan is going to start on Disney + Hotstar on July 9. The first guests on the show will be Jhanvi Kapoor and Sara Ali Khan. Both are considered very good friends in Bollywood. The guest list for the show continues to grow. It was revealed on Wednesday itself that Aishwarya Rai and Sushmita Sen will be in Karan's show. Apart from this, the names of Samantha Ruth Prabhu and Akshay Kumar also got ready on the guest list.
Now talking about the latest name, according to the report, Varun Dhawan and Anil Kapoor will come together in Koffee With Karan Season 7. The two will be together on a chat show for the first time. Although these two actors have come together in a film named 'Jugjugg Jeeyo', which is releasing on June 24. Both have done an amazing job in the film. It has to be seen how their off-screen bonding is.
The promo of Karan's show has been released for the time being. In this, the journey of Karan Johar from the first season till now was shown and which celebs had the most fun when they came. All this has been shown in proms. Talking about the guest list, the names of actors like Akshay Kumar, Varun Dhawan, Kiara Advani, Anil Kapoor, Neetu Singh, Siddharth Malhotra, Rashmika Mandanna, Katrina Kaif and Siddhant Chaturvedi have been revealed for the show.
Also Read: Karan Johar was allegedly on Lawrence Gang's target list, would have been demanded ₹5 crore
Talking about Karan Johar, he has not only made a comeback in this show. Rather, he has once again sat on the director's chair. These days he is shooting for his next film Rocky Aur Rani Ki Prem Kahani. The film stars Ranveer Singh and Alia Bhatt in lead roles.