District and Sessions judge Mahesh Jadhav has awarded capital punishment to Sunil on Thursday for murdering his mother and then ripping her body open and removed her organs. 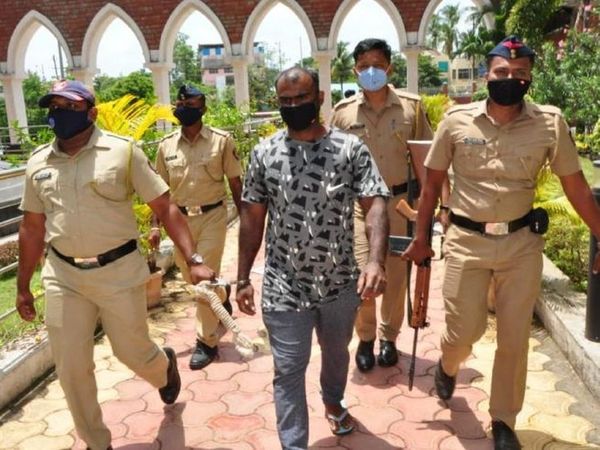 A sessions court in Maharashtra's Kolhapur has pronounced the death sentence to what is called the rarest of rare to 35-year-old Sunil Kuchikorvi who killed his mother for refusing to give him money for alcohol.

District and Sessions judge Mahesh Jadhav has awarded capital punishment to Sunil on Thursday for murdering his mother and then ripping her body open and removed her organs.

This shocking incident sent shock waves amongst general people in 2017.

The 35-year-old man received the death penalty under the conviction of being his mother's assassin.

The heinous murder involved tearing the body of the 62-year-old mother apart and extracting her organs.

Also Read: Tantrik rapes minor girl on pretext of treating her in Meerut

During the trial, the case was termed as an act of cannibalism as when the accused was held, his mother's organs were found on the kitchen platform with salt, oil and chilli powder, while his mouth had blood.

"Kuchikorvi was a drunkard. On the day of the incident, he had asked his mother for some money for buying liquor, and when she refused, he hacked her to death using some sharp weapons. The accused then ripped the right side of her body and removed heart, kidney, intestines and other organs and placed them on the kitchen platform," Shukla said.

About 12 witnesses were questioned in the case.

The court held Sunil Kochikorvi guilty based on circumstantial evidence, the Public Prosecutor said because there were no eye-witnesses.

The case was considered as rarest of rare and thus, accused Sunil was sentenced to death, Shukla said.

However, Defence lawyer Vijay Lambore representing Kochikorvi said, “The relatives of the are not satisfied with the verdict. They are going to appeal in Bombay high court. We have handed over all documents related to the case to the relatives for further legal steps they may want to take.”