The order was based on religious grounds as Nusrat Jahan is a Muslim by faith, while Nikhil Jain is a Hindu. 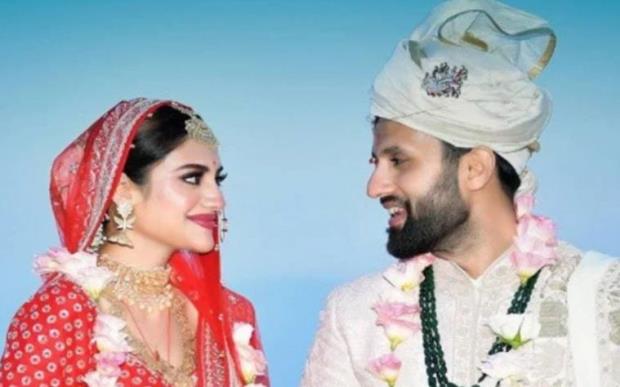 Nusrat Jahan and Nikhil Jain are now officially separated as the Kolkata court has ruled in favour of Nikhil. A local court in Kolkata on Wednesday ruled that the marriage of actor-turned-politician Nusrat Jahan and businessman Nikhil Jain is ‘not legally valid’.

On June 9 this year, TMC MP Nusrat Jahan also issued a statement saying that her marriage with Nikhil was done according to Turkish law and hence it is not valid in India. Coincidentally, the verdict came on Nikhil’s birthday and he says it’s a birthday gift for him.

Declaring the marriage void, the Kolkata court said, "It is hereby declared that the alleged marriage between the plaintiff and the respondent in Bodrum, Turkey on 19 June 2019 is not legally valid. Thus the suit is settled." Nusrat had alleged that her belongings, such as family jewellery and other assets, were "illegally taken back".

“It’s definitely a birthday gift. I am happy and my family is finally happy as well,” Nikhil shared adding that, “There was an attempt to destroy my name, my reputation. Even in front of the media, I was called bisexual. But I had my faith in our judicial system since the beginning. The court verdict has once again proved you can’t influence the judicial system even if you are powerful.”

Also read: Before Ranbir-Alia, Tara Sutaria-Aadar Jain to get married early next year?

Nusrat and Nikhil tied the knot in Turkey in June 2019. While the wedding in Turkey was an intimate ceremony, the couple later hosted a grand wedding reception in Kolkata where they also invited chief minister Mamata Banerjee and other celebrities from the Tollywood film industry.