The clashing interest of dominion between the newly formed Korean governments and the support of external powers saw the war spanning 3 years with the number of those dead or gone missing reaching 28 Lakh. 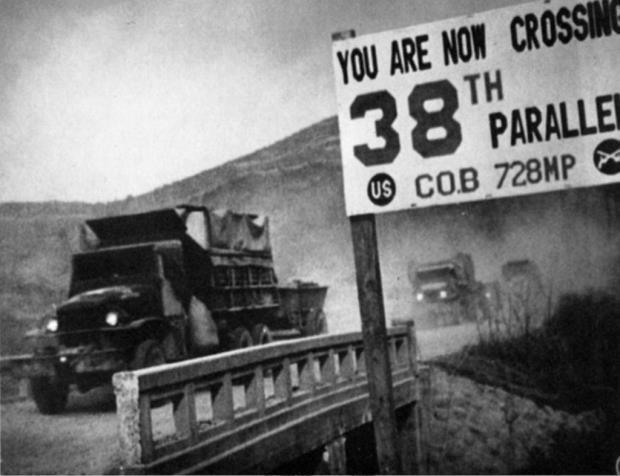 October 1950, just four months into the Korean War. The American bombers KB-29 and B-52 were on a rampage in the North Korean territory and the American military was slowly advancing in their intentions of pushing the North Korean forces to the banks of river Yalu.

This event brought the American forces almost to the borders of China and that marked the beginning of the most terrific chapters of the war. The then-Chinese leader Tse-tung popularly known as Mao Zedong made his stand clear enough in the war after his direction made 2 Lakh Chinese get into the war changing the entire face of it. The unpredictable move from the communist state forced the American forces backward.

The war that brought the two modern-day superpowers against each other:

On June 25th, 1950 North Korea launched an attack on South Korea. It was just 6 years later that World War 2 ended, and the superpowers of the world were again divided into two blocs for scripting yet other horrifying chapters in world history.

China and Russia with Communist North Korea whereas European giants and the USA backed South Korea. As per the encyclopedia Britannica, this war spanned over three years with over 28 Lakh people involving civilians and military personnel either died or went missing.

The unfolding of events:

The annexation of Korea saw Japan and China up against each other twice in 1894-95 and 1904-05. Japan took over the Korean territory after the terrifying war against China. When World War 2 ended with the defeat of the Axis powers Japan being its part eventually lost control of Korea.

The Korean territory was then divided in two by the two superpowers of the time that later led two blocs of the world in the four and half decade long cold war. The North went to the Soviet Union and the South became the division of America.

Years after when the situation normalized the United Nations conducted elections in the southern part of Korea in 1948, whereas the northern bloc refrained from going in the elections and thus two separate governments were formed in the two parts.

‘Communism: The reason that led to the war.

Towards the end of World War 2 the allies forces came to a consensus that after the Japanese surrender, the Soviet forces will remain until 38 parallel north, whereas the territory beyond this point in the south will be taken care of by the forces under United Nations.

After the treaty, the communists in North Korea formed the People’s Republic of Korea whereas the government in South Korea was elected by democratic means under the leadership of Sing Man Ri. President Ri was a huge critic of communism.

North Korea a newly established communist settlement inspired to expand its dominion launched an attack with the support of the Soviet Union on June 25th, 1950, over its southern counterpart which just made its mark on a democratic frame.

General MacArthur with the command:

Now the eyes were on the United Nation which had just come into existence with the hope to preside over the peaceful world order. Voting was done after the pressure from the USA to stand with South Korea and thus the world was yet again divided and went to war in under 6 years when the century’s biggest crisis came to an end.

General MacArthur under whose leadership the Japanese forces surrendered was again made in charge of the unit that left for South Korea in the war against the communists.

Taiwan's 5 point military strategy for a possible war against China, 35 Lakh Taiwanese up for Guerrilla war and more, read in detail

The USA was fully set for the war against the communist settlement, and aircraft loaded with extremely dangerous Napalm bombs left for Korea.

China was not fully into the war up until the American forces with its might forced the Korean military beyond 38 parallel point and limited them up to the banks of the Yalu River and this was the point that made the war set for the dragon.

Apprehended with the repercussions of the American invasion the Chinese Air Force faced American forces with all power and brought MIG-15 fighter aircraft into the war. MIG’s impact was so lethal that it almost stopped the attack coming in from the American side during the daytime.

America was still in the dominant position in the war. But things changed on Mao Zedong’s appeal which saw 2 Lakh men entering the war against the mighty Americans. The unpredictable and aggressive move of the humongous Chinese force saw the Americans fall back and pushed the latter at 38 parallel.

After this on July 10th, 1951 the peace talks between two modern-day giants began. However, that was not the end of the story by then.

Nuclear and the dismissal of General MacArthur:

The supreme American commander General MacArthur was got furious with this unprecedented Chinese aggression. Such a loss in the war was a sort of challenge to the repute of the American World War 2 hero and planned to bring nuclear weapons into the war now.

Upon receiving such information from ground zero American President Harry S Truman was taken aback and dismissed General MacArthur from his service for violating the established norms of the war.

The war spanned over three years it was only after the inception of Dwight D. Eisenhower as the President that the sign of a possible halt to the war was seen. His commitment to ensuring a complete cease-fire was to a level that if required the war must have seen the nuclear catastrophe at the time.

It was on July 27th, 1953 when all the parties involved in the war finally reached an agreement to end the war by mutually deciding on Parallel 38 as the point which existed before the war as the border between the two Korean factions.

Seven decades down the line China and America are again upfront with each other this time with Taiwan at the table. The US House Speaker Nancy Pelosi’s visit to the island state raised the prevalent tensions between the two with the Chinese retaliating in the form of a military exercise close to Taiwanese territory.

Whereas, the US has made its stand clear enough to ensure Taiwan’s autonomy whether be it in any form.