K-pop Idol HyunA and Dawn break puts end to their 6 years of relationship, got engaged in February this year

The duo was among the very few celebrities who openly dated in the K-pop space ever since announcing their relationship Author : Tushar Singh 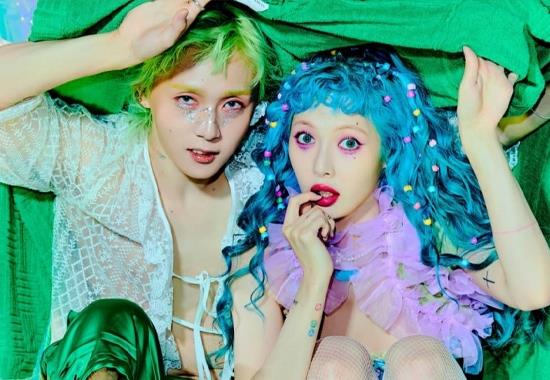 The Korean Pop ideals HyunA and DAWN have broken up after 6 years of togetherness, the couple announced their engagement in February 2022 only by sharing the pictures of their unique engagement rings.

K-pop idols are famous for their social media PDA and their breakup post has shocked the netizens. After the reports of their breakup surfaced HyunA took to Instagram to confirm the same. “We broke up. We decided to remain good friends and colleagues from now on. Thank you always for your support and for looking over us fondly.”

The announcement left their huge fanbase with extreme disappointment and resorted to the comments section to share their emotions. “Tell me you’re joking,” wrote one fan, while another mentioned, “hugs to you both, I’m sure it wasn’t an easy decision.”

The couple began dating each other in 2016 and made their relationship public only two years later in 2018. The duo was among the very few celebrities who openly dated in the K-pop space ever since announcing their relationship in August of that year.

Both solo artists, HyunA and DAWN parted ways with P NATION, the label, and agency founded by solo artist PSY, in August this year. P NATION released an official statement announcing that HyunA and DAWN’s contracts with the agency have recently expired.

Announcing their separation from the agency it said this in a statement, "HyunA & DAWN embroidered the colors of P NATION splendidly with bold music and unique visuals and performances that only they could pull off. And their passion as artists and their care and sincerity towards the staff has made them role models for everyone.”