Comedian Kunal Kamra has slapped a legal notice on IndiGo airlines and demanded for Rs 25 lakh as compensation for mental harrassment. 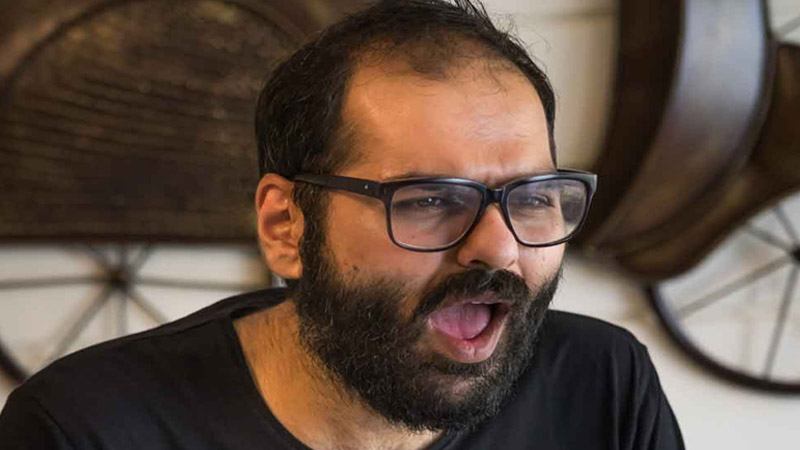 The notice came into limelight followed by the IndiGo ban on Kamra from flying with their airline after he took a did at a television anchor Arnab Goswami on January 28.

As per a statement which was shared by the airline after the incident on Monday, Kunal has been suspended for six months by IndiGo.

In a notice to IndiGo by Kunal, asked airline to "revoke the suspension with immediate effect apart from the issuance of an unconditional apology to him in all leading newspapers as well as electronic media and on all of the social media platforms currently being operated by the Airlines."

However, the compensation is to be paid on the basis of the "mental pain and agony" which he faced. The notice also states that action is required to be taken against "errant officials responsible for imposing the instant ban."

Kunal, through the notice has also clarified that he had apologised to the crew as well as the pilots on the flight for "any inconvenience that may have been unintentionally been caused" after the incident. 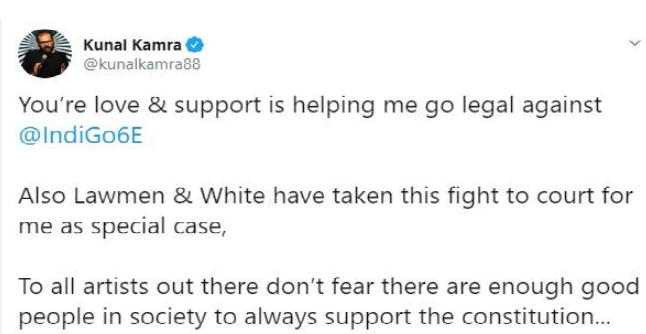 Kunal Kamra has also made emphatic headlines since Monday after he posted a video roasting the TV anchor on flight. After IndiGo, Air India, SpiceJet as well as Go Air, also banned Kamra from flying with their respective airlines until further notice.

As the incident released, the Captain of the IndiGo flight, who flew Kunal Kamra and the television anchor, had said in a statement on Thursday that he was "disheartened" with his airline's decision to bar the comedian for six months.