24-year-old reality TV star, Kylie Jenner has announced that she is pregnant again with Travis Scott’s baby through an adorable video. 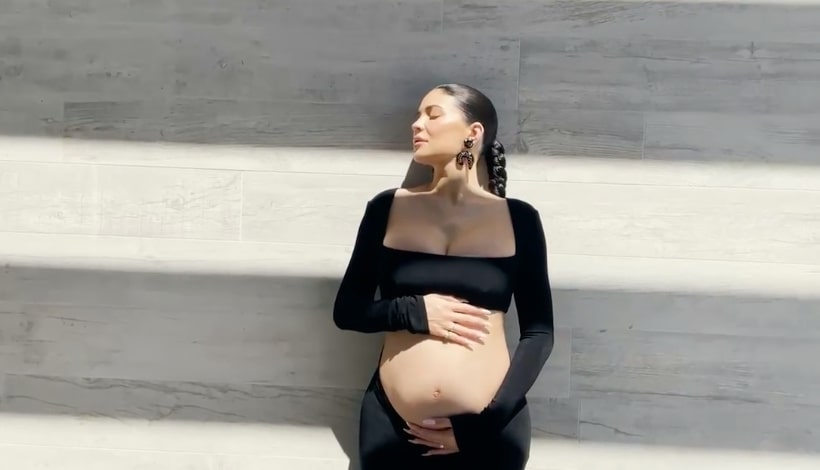 The stylish young mom left her 250 million followers surprised on Tuesday when she announced her second pregnancy through an adorable video. Travis Scott and Kylie have had their differences and fights but this will be their second child together.

After becoming a parent Kylie was seen on the internet posting about 4-year-old Stormi and her adorable progress in bringing up a tiny version of herself. In the video, Kylie is seen at the doctor’s appointment where the doctor is talking about the health of the baby and a sequence of adorable moments of how her family reacted to her pregnancy.

Kris is also seen in the video, getting emotional over the news and saying “this is one of the happiest days of my life” while she reaches to give Kylie a hug. The couple had dated for over two years before they split in the year 2019.

After Stormi was born, the two had kept their relationship steady and were in a co-parenting relationship.  In one part of the video, Kylie is seen looking beautiful in a stunning black dress flaunting her new baby bump.

There were some parts of the video that left us with an ‘Awh’ expression especially when Kylie and Travis were laughing while Travis pulled Stormi’s cheeks and she giggled.

That part of the video was shot on Kylie’s 24th birthday which was on the 10th of August. Even when Kylie was pregnant with Stormi, she had kept the news very hushed until she actually gave birth to Stormi.