La Casa De Papel: The Intense bond of Professor and Lisbon ruling over millions of hearts

Fans can’t stop gushing over their unbreakable bond of love, sacrifice and care. 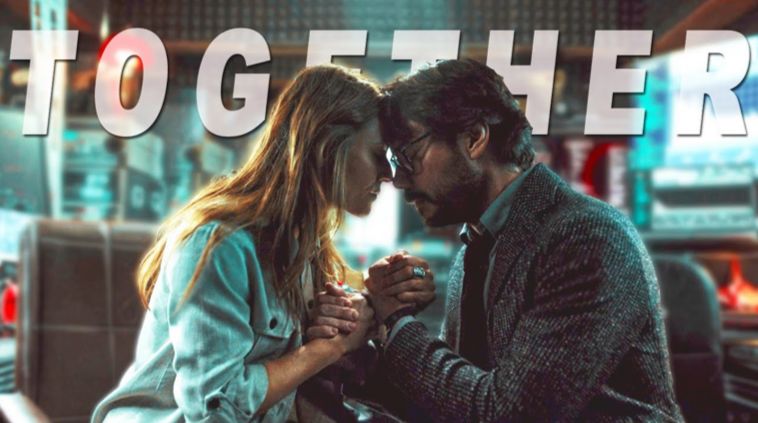 From the first few episodes of Season 1, viewers could tell that there was something brewing between The Professor and Raquel. Although a cop, Raquel was falling for the criminal. The Professor preaches to his team that personal feelings could derail all plans and yet, that was his biggest mistake.

Their romance has been a key part of the series ever since Raquel Murillo was the inspector assigned to their case.

However, it has blossomed over the outings and when viewers saw them together at the beginning of season three; they were living on an island with Raquel’s mother and daughter.

Although, despite their commitment to one another, some fans are hopeful they might take this one step further and get married.

Raquel kept falling deeply for him, and at first, The professor had nothing for her, he just had the intention to know about what’s happening and the upcoming plans of the police, but with time he developed strong feelings for her as well.

By the end of season 1, their love was proved and grew even stronger when even after knowing his real identity and the reasons why he did this heist, she still did not leave his side. Instead, she became a part of his plan for the next robbery, under the name of “Lisbon.” Now the inspector was also a part of their gang.

After making up and working things out, Raquel and Sergio have to get engaged and married, whether that is in this season or another. We cannot emphasize enough the importance of Serquel’s happy ending!

Also read: Money Heist Review: Here’s all you need to know about Part 1 of Season 5

They may not be perfect, but they sure are the best written TV couple out there. They both complete each other and are the happiest when together. After everything that they have been through, it would be the biggest crime committed throughout the entire series for them to not be peacefully married and raising a family together somewhere.