A Special Investigation Team will continue to investigate the case under the supervision of the retired judge. 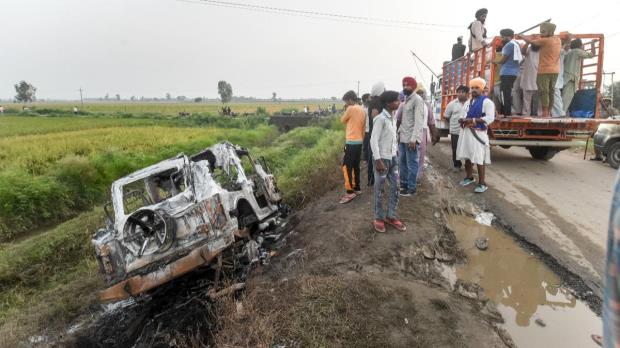 The Supreme Court on Wednesday appointed Rakesh Kumar Jain, a former judge of the Punjab and Haryana High Court, to supervise the investigation into the Lakhimpur Kheri case.

As many as eight people, including four farmers and a journalist, were brutally killed in violence that erupted in Lakhimpur Kheri of Uttar Pradesh on October 3.

The appointment of Rakesh Jain will ensure transparency and fairness in the probe related to the case, maintained Chief Justice of India (CJI) NV Ramana. A Special Investigation Team (SIT) will, however, continue to investigate the case under the supervision of the retired judge.

On Tuesday, the government had proposed the names of three police officials- Shirodkar, IPS officer Preetender Singh, and Uttar Pradesh IG Padmaja Chauhan. According to CJI NV Ramana, they will be part of the SIT investigating the Lakhimpur case.

The case will now be heard by the Supreme Court after the charge sheet is filed and the retired judge's report is received.

The development comes after Uttar Pradesh government agreed to the Supreme Court's suggestion that a former judge of its choice be appointed to oversee the state SIT's day-to-day investigation into the case.

While mentioning the state's consent, the Supreme Court raised the issue of the involvement of mostly low-ranking police officers in the ongoing SIT probe in the case and sought names of IPS officers of UP cadre but not natives of the state to be included in the investigation team.

Prior to this, the bench led by Chief Justice NV Ramana voiced displeasure with the probe and suggested that a former judge of a "different high court" monitor it on a daily basis to instil "independence, impartiality, and fairness" in the ongoing investigation.

The bench has also stated that it has no confidence in the one-member judicial commission appointed by the state to continue the investigation into the case.