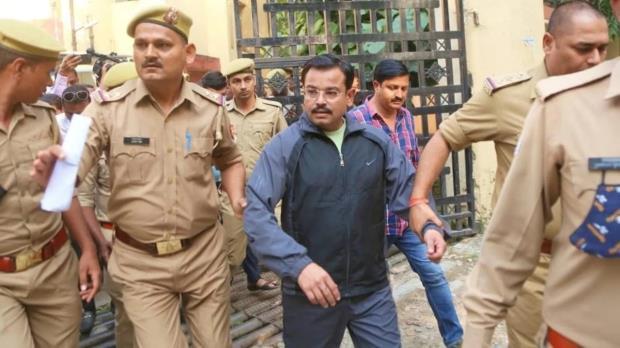 In a major development in the Lakhimpur Kheri case, Uttar Pradesh police probing the matter filed a charge sheet against Union Minister of State Ajay Mishra's son Ashish and 13 others on Monday.
The development comes almost three months after primary accused Ashish Mishra allegedly ploughed over protesting farmers on October 3 in Lakhimpur Kheri of Uttar Pradesh. As many as four farmers died, and four others were brutally killed in violence that broke after SUV hit protestors. The deceased included a journalist and reportedly a BJP worker.
Earlier, the Special Investigation Team investigating the violence in Lakhimpur Kheri had concluded that there was a planned conspiracy to murder protesting farmers. Union Minister Ajay Mishra's son, Ashish is the prime accused in the case and has been jailed.
Also Read: One more arrested in Lakhimpur Kheri lynching case
The SIT had also sought the addition of new sections against the 13 accused, making their crimes punishable as attempted murder. Murder and conspiracy charges have already been filed against Ashish Mishra and others. The SIT official had requested the court to add Sections 307 - attempt to murder; 326 - Voluntarily causing grievous hurt by dangerous weapons or means; 34 - Acts done by several persons in furtherance of common intention, of the Indian Penal Code.
(This is a developing story)