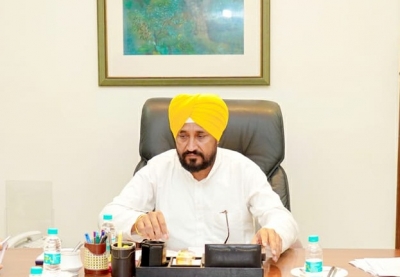 Punjab Chief Minister Charanjit Channi on Monday said he would be visiting the violence-hit Lakhimpur Kheri in Uttar Pradesh to meet affected families.

"Expressing solidarity with bereaved families of farmers, I'm leaving for Lakhimpur Kheri to be with my brothers and sisters in this hour of grief. I've also sought permission from the UP government to allow landing/taking off of chopper at the site," Channi said in a tweet.

However, UP authorities have asked the Chief Ministers of Punjab and Chhattisgarh, Channi and Bhupesh Baghel, not to come to the state capital.

In a letter to the Lucknow airport authorities, Additional Chief Secretary, Home, Avanish Awasthi has said that Section 144 has been imposed in Lakhimpur Kheri and in view of the situation, leaders cannot be permitted to proceed to the district.

Also Read:  DGP to be appointed only on basis of Center's Panel, says Punjab CM

Police lodged an FIR against Union Minister of State for Home Ajay Misra's son Ashish Mishra and 15 others for murder and inciting violence in Lakhimpur Kheri, even as the death toll reached nine.