This year, the nation would celebrate the 117th birth anniversary of the second prime minister of the nation – Lal Bahadur Shastri. 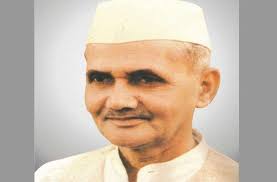 When someone says ‘October 2,’ the first thing that comes in the mind is Gandhi Jayanti and many forget about the birth anniversary of one of the prominent politicians Lal Bahadur Shastri, the second prime minister of India.

Shastri Ji was born in 1904 to Sharada Prasad Srivastava and Ramdulari Devi in Mughalsarai. Shastri's thoughts were influenced by reading about Swami Vivekananda, Gandhi and Annie Besant. Deeply impressed and influenced by Gandhi, he joined the Indian independence movement in the 1920s.

Shastri entered politics at a young age as a satyagrahi in the Indian National Movement under the guidance of Pandit Jawaharlal Nehru and later succeeded him as the Prime Minister of India in 1964.

On his 117th birth anniversary here are some quotations, wishes and lesser-known facts coined by the Shastri Ji: