The bizarre incident took place in Las Vegas when the man met a woman who introduced herself as 'Mia' from an online dating app for drinks and dinner. 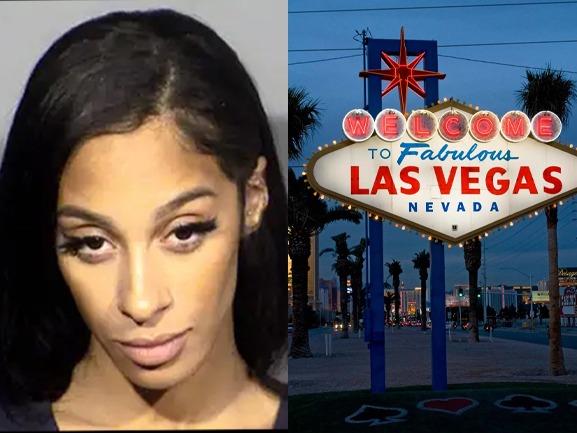 Many Hollywood movies show how a date night can turn out to be a nightmare with men or women ending up with horrific experiences. In a similar piece of news, a Las Vegas woman was arrested after she was accused of stealing a Rolex watch and several thousand dollars. The man's meeting his online friend on a date went bizarre when he was robbed. The bizarre incident took place in Las Vegas when the man met a woman who introduced herself as 'Mia' from an online dating app for drinks and dinner.

The woman was arrested for allegedly stealing a Rolex watch and several thousand dollars. The woman was identified as Raegan Parker. As per a US media report, 30-year-old Raegan Parker was arrested on Wednesday and was booked on charges of grand larceny over $25,000, trespassing, and making a false statement to police. As per the Metropolitan Police Department, the man was staying at the Four Seasons Hotel Las Vegas and informed the police that he met Parker, who identified herself as Mia, through a dating website called Seeking Arrangements and they agreed to meet up.

Furthermore, he met Parker around 7 p.m. on Sept. 9 for dinner and drinks, and they went upstairs to his room at 12:30 a.m. The man claimed he went to sleep, and when he woke up at 6 a.m. his watch and $4,000 in cash were missing. As per US media reports, the man had clarified that he was only on the website to get a date and there wasn’t any communication that involved sexual favors for money.

Interestingly, after Raegan Parker was arrested the Police found that she was a history sheeter. The Police obtained a photo of Parker that matched the image of a woman who had been accused of trespassing at the The Cosmopolitan of Las Vegas before. Parker was arrested after she tried to run away from officers at the Cosmopolitan on September 21. Parker has eight prior charges of trespassing in Las Vegas Justice Court since January 2019.