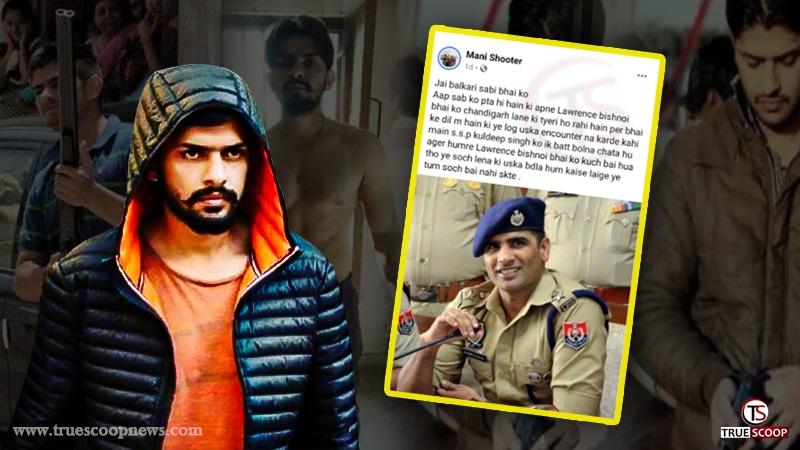 It’s worthwhile to mention here that Gangster Lawrence Bishnoi, is the same person who hatched the conspiracy to kill Young Congress Leader Gurlal, who was then murdered in broad daylight at Jubilee Chowk in Faridkot on February 18.

Even then the Gangster Lawrence Bishnoi's took the responsibility of the murder of Gurlala, and a Facebook ID of Bishnoi posted a message claiming that the murder was done by him and Goldy Brar.

As Chandigarh Police on March 22, filed an affidavit in the Supreme Court seeking the Production Warrant of Bishnoi in cases related murder, shooting at Sector 33 and at liquor vend in Sector 9 in Chandigarh along with some extortion cases filed against him, therefore, the aide of Bishnoi, Mani Shooter took to social media to warned the SSP Chandigarh to ensure his safety and not to plan any fake. 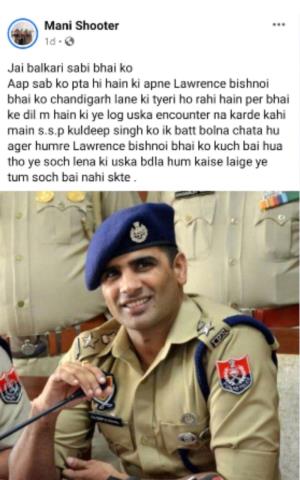 Meanwhile, at present, Bishnoi is facing scores of trials in cases of murder, attempt to murder, extortion and robbery in several states, including Rajasthan, Punjab, Haryana and Chandigarh. He is at present in custody in Rajasthan Jail, while the Chandigarh police have sought production warrant to bring him to the city for investigations.

Last year also, Chandigarh police brought Bishnoi on a production warrant for his alleged role in the murder of a man, Sonu Shah, at Burail, who was a property dealer by profession with a criminal past and is said to be a rival of the Bishnoi Gang. He was shot dead at his office in Burail, Sector 45, in broad daylight on September 28, 2019.