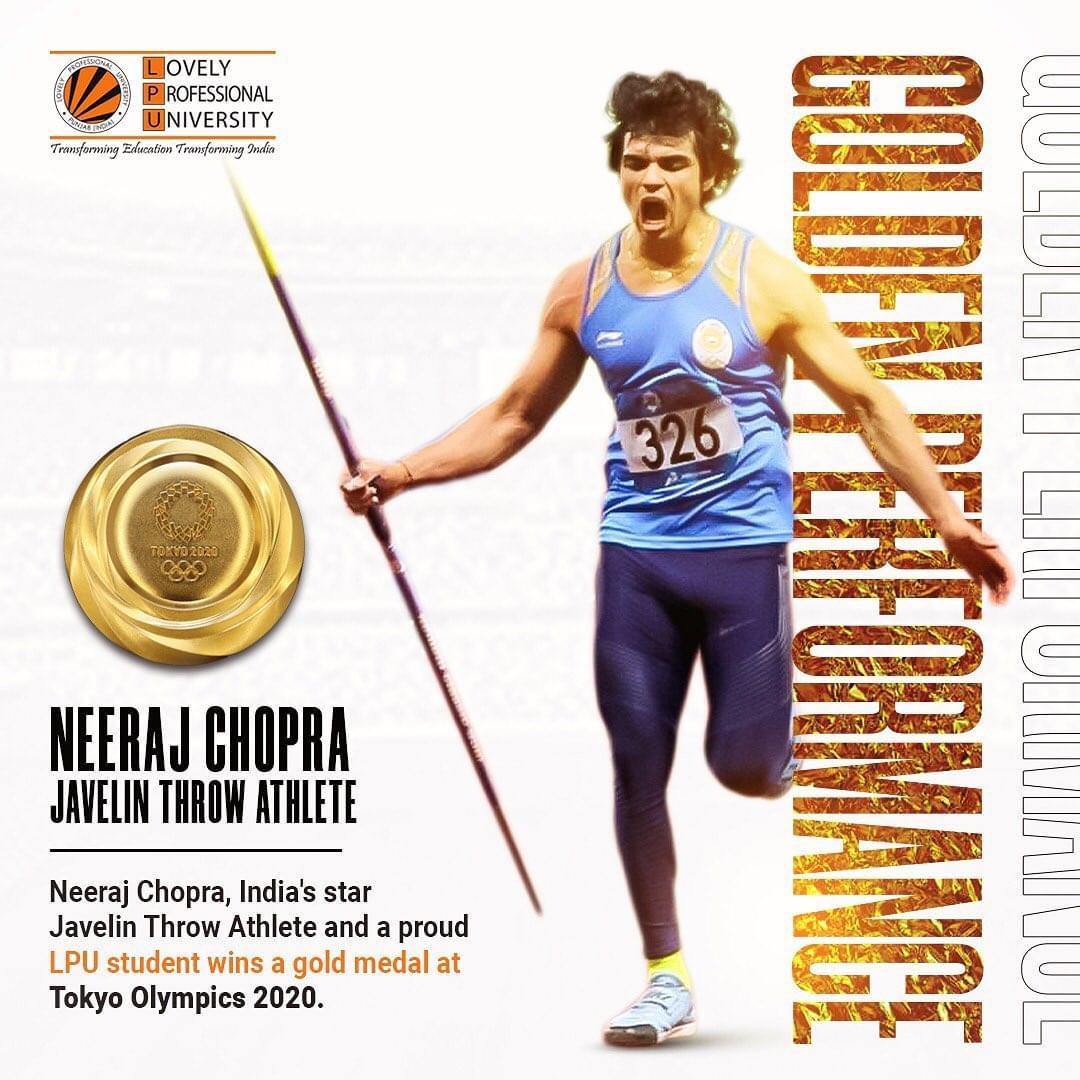 Jalandhar: Ending the long wait of 100 years, BA student at Lovely Professional University (LPU), Neeraj Chopra has created history by winning Gold Medal in Javelin Throw at Tokyo Olympics 2020. He has glorified India by clinching the top Olympic Medal after over 100 years of the games. Chopra led the scoreboard with an effort of 87.03 on his first attempt, 87.58 on his second and 76.79 on his third. His win is a great golden moment for all Indians.

On the wrestling side, LPU’s MA Public Administration student and wrestler Bajrang Punia has beaten his rival Daulet Niyazbekov of Kazakhstan to win the Olympics bronze medal. He dominated the men's 65kg bronze medal bout from start to finish, which ended with 8-0 score in his favour. He has proved as one of the Indian and LPU athletes who have brought a medal for India. Bajrang's bronze is the 7th medal in wrestling at the Olympics for India.

Congratulating the winners, LPU Chancellor Mr Ashok Mittal expressed his great happiness on the marvellous and exemplary outcomes of the LPU athletes at Tokyo Olympics. He expressed his eagerness to welcome the illustrious athletes at the campus to honour them as soon as possible. As per the earlier announcement, both the achievers are also to receive their cash awards in many Lakhs from the LPU Management. There was also a great celebration in and around the campus as and when the news of two more medals to India was resounded in the air. 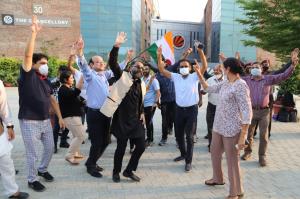