Multani has been apprehended and investigated by German police. Now, an NIA team will travel to Germany to interrogate Multani about his suspected involvement in the Ludhiana blast case. 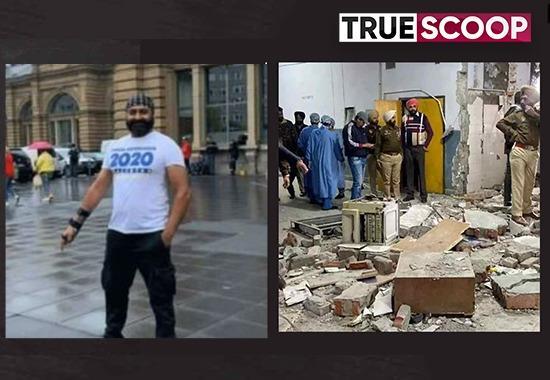 The Central government has ordered the National Investigation Agency (NIA) to investigate Sikhs for Justice (SFJ) member Jaswinder Singh Multani and his associates from other banned pro-Khalistani outfits, accusing them of attempting to revive terrorism in Punjab.
According to a senior officer, an NIA team will travel to Germany to interrogate Multani about his suspected involvement in the Ludhiana blast case.
The NIA will begin proceedings to bring Multani to India, but first, the agency will file a case against Multani and his associates from other banned outfits like Khalistan Zindabad Force (KZF) and Khalistan Tiger Force (KTF) and others under the Unlawful Activities (Prevention) Act and other provisions of the Indian Penal Code.
India classified Sikhs For Justice as a terrorist organisation in July 2019 for its anti-India activities.
"These pro-Khalistan activists were radicalising Punjabi youth and spreading their cause and terror actions through social media channels. They have increased their efforts to undermine the state's peace in the run-up to the Punjab elections," said an official source.
Multani was apprehended by German police on Monday, following an alert from Indian agencies, for his suspected role in the blast at the Ludhiana court complex last week.
"Multani has been apprehended and investigated by German police. Following the registration of the FIR, a team of NIA will be travelling to Germany to question him in detail because we have strong evidence of his involvement in the Ludhiana blast case and subsequent plotting of similar attacks in the country," he stated.
Also Read: Tax raid at Samajwadi Party MLC Pammi Jain's premises in UP
According to sources, the NIA will investigate Multani and his alleged associates including Jagdish Singh Bhura of KZF, his deputy Gurmeet Singh (who is also associated with SFJ), Ranjeet Singh Pakhoke of KTF (Germany), Sukhdev Singh Heran and Hardeep Singh Nijjar of Babbar Khalsa International, and Paramjit Singh Pamma and Ranjeet Singh Neeta of KTF.
The NIA is also probing into other pro-Khalistan elements in India and overseas.
As per the report by The Hindu, 'through smuggling networks in Punjab, banned organisations and their operators have been raising funds to buy weaponry, ammunition and explosives in order to carry out terror operations'. Multani was also allegedly in contact with Jibran, a Pakistani Inter-Services Intelligence (ISI) operative, and a Pakistan-based smuggling ring led by Rana Taseem, Imran and others.