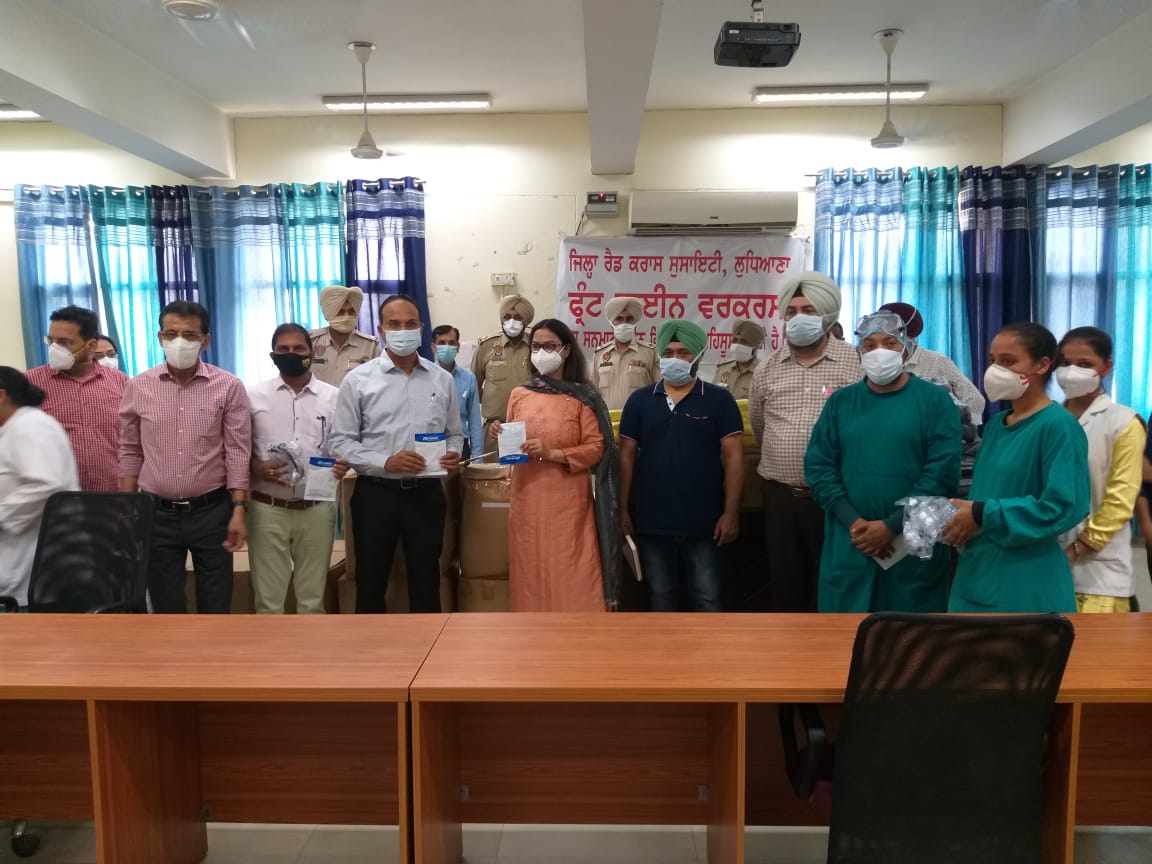 Presiding over an event held at Civil Hospital, The Deputy Commissioner along with Additional Deputy Commissioner Sandeep Kumar, also distributed 2000 isolation gowns and 2500 N-95 masks for doctors and para medical staff besides also handed over 40 blankets for the patients.

In his address, Deputy Commissioner said that the Punjab government in general and the district administration in particular acknowledges the endeavor of these warriors during the fight against Corona Virus and this honorarium is just a small token of appreciation.

He said that the indomitable spirit and fortitude displayed by them is an example for the others.

Sharma said that the war against Corona is particularly important as the enemy was totally invisible but the threat was large.

The Deputy Commissioner said that all the doctors and nursing staff exhibited exemplary courage and determination during the fight due to which several precious lives are saved.

He said that these Corona Warriors are the real heroes who had played a vanguard role to keep the pandemic at bay.

Sharma expressed hope that the they would continue to perform exceptionally well until the war against Corona was not won.

The Deputy Commissioner said that the ‘Mission Fateh’ of Punjab Government is aimed at spreading mass awareness about the Covid 19 pandemic.

He said that the District Administration is duty-bound to play a key role in this exercise by serving as the link between the government and the people adding that it would motivate the people to remain vigilant and safe.