Madhya Pradesh: Groom wears a 'sherwani' rather than a 'dhoti-kurta,' resulting in a violent confrontation

The incident occurred in Mangbaeda village on Saturday after the bride's relatives requested that the groom wear a 'dhoti-kurta' rather than a 'sherwani' during the wedding ceremonies. 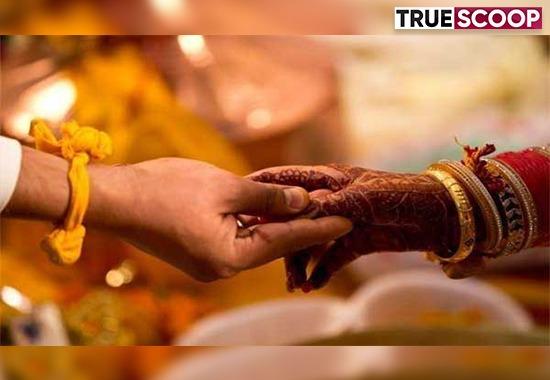 In Madhya Pradesh's Dhar district, a tribal groom wearing a 'sherwani' at his wedding sparked a feud between his and the bride's families, police said on Monday, after which members from both sides allegedly flung stones at each other and engaged in a violent battle.
The incident occurred in Mangbaeda village on Saturday after the bride's relatives requested that the groom wear a 'dhoti-kurta' rather than a 'sherwani' during the wedding ceremonies, as per their tribal tradition.
"The groom, Sundarlal, a resident of Dhar city, was wearing a 'sherwani', while the bride's relatives insisted that the marriage rituals be performed in a 'dhoti-kurta'," Dhamnod police station in-charge Sushil Yaduvanshi said.
According to him, this sparked a heated dispute between the two sides, which culminated in a violent clash.
According to the official, members from both sides filed police complaints, after which a case was filed against some individuals under Indian Penal Code Sections 294 (obscene act), 323 (voluntarily causing pain), and 506 (criminal intimidation).
Sundarlal, the groom, later informed reporters that there was no feud with the bride's family, but that some of her relatives were involved in assaults.
Also read: Heavy police force arrives at Shaheen Bagh
"The argument began over clothing. Only those who were involved in assault and stone-pelting should face consequences, "he stated.
Following the event, a large crowd, including women, gathered at the Dhamnod police station to stage a protest.