Interestingly, more than Madonna's birthday, Madonna kiss has been trending on social media ever since the Pop star shared her birthday video on her Instagram. 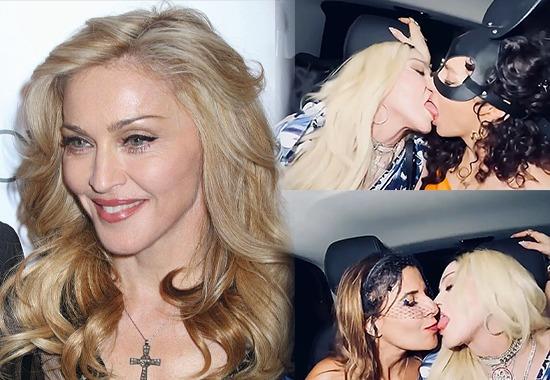 Queen of Pop and Hollywood actress Madonna on Tuesday celebrated her 64th birthday. Queen of Pop Madonna is a global artist and is quite widely followed around the world. Madonna is also known for not shying away and keeps her fans updated even at 64 years of age. Now, Madonna birthday viral video is spreading like a wildfire around the world. Interestingly, more than Madonna's birthday, Madonna kiss has been trending on social media ever since the Pop star shared her birthday video on her Instagram.

Madonna on Tuesday took to her Instagram and shared a video of her birthday party with her group. Madonna shared the video with the caption, "Birthday kisses with my side bitches…..💋💋🥂🎂👑💙! (SIC)". In the Madonna birthday viral video, the pop star can be seen recreating her iconic VMAs Kiss when she lip-locked with another pop sensation Britney Spears and that too on stage in 2003.

Reportedly, Madonna 64th birthday viral video was celebrated in Italy. Furthermore, fans can see Madonna kissing two women in back of her car while her group celebrate the pop star's birthday.

In the Madonna kiss viral video, the pop star can be seen wearing a blue and white maxi dress with her bleached-blond tresses styled in loose waves. Madonna who is quite fond of accessories can be also be seen that she accessorized with stacked silver necklaces, a blue hat and matching blue pumps. As the video progresses, fans can see Madonna twirling in her bright summer dress before getting in the car with her manager, Guy Oseary, and other friends.

Snoop Dogg Snoop Looz cereals: From cannabis to own wine line, here are the top businesses of American rapper View this post on Instagram A post shared by Madonna (@madonna)