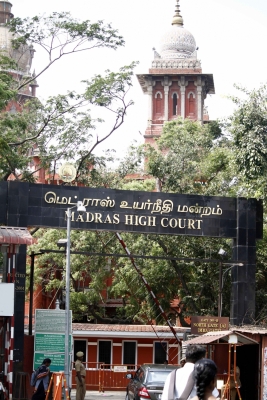 The Madras High Court on Friday refused to restrain the media from publishing oral observations made by the court against the Election Commission for the surge in Covid-19 cases.

A bench of Chief Justice Sanjib Banerjee and Justice Senthilkumar Ramamoorthy refused to grant any relief despite the repeated requests from poll panel's counsel Rakesh Dwivedi.

The court had, on April 26 during the hearing of a suo moto PIL it had initiated, orally observed that that the EC "is the institution responsible for the situation prevalent today" and asked why it should not face murder charges.

Dwivedi had on Friday pleaded that these oral observations had caused "grave prejudice" to the Commission.

He also cited that police complaints were being filed against the poll panel. However the court refused to accept the contentions, observing: "Courts are there and they can be approached if any frivolous complaints are given before the police."