Head of akhara Swami Kapil Dev dies of covid19, had come to Kumbh for royal bath

Till now, more than 2000 people who had participated in Kumbh Mela 2021 have tested positive for Covid 19 in the last five days. 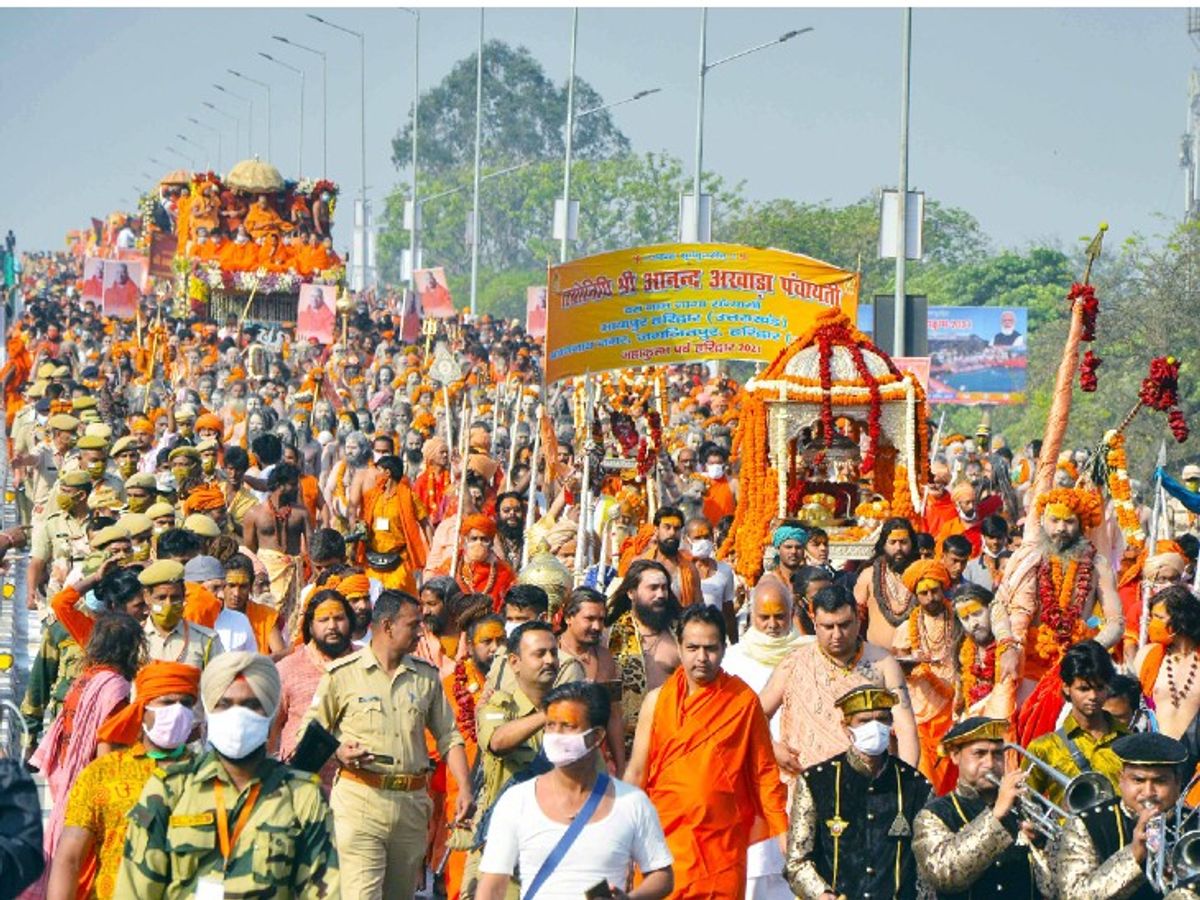 Mahamandaleshwar Kapil Dev who had come from Chitrakoot, Madhya Pradesh died of coronavirus infection. The saint associated with Nirvani Akhara had gone to Haridwar to join Kumbh. After testing positive he was hospitalized and was undergoing treatment in Kailash Hospital in Dehradun.

He was announced dead on April 14 by hospital management. Saint Kapil Dev is the first major saint to die from corona during Kumbh.

Meanwhile, Shri Niranjani Akhara has announced to end the Kumbh Mela and it was revealed that all saints will vacate cantonments by April 17. Akhand Secretary Mahant Ravindra Puri said, “Kumbh Mela will be abolished by 17th April. The decision regarding the royal bath which was to be organized on April 27 will be taken later.  Corona has affected the Kumbh Mela and a large number of saints and pilgrims have tested positive for the infection.

Till now, more than 2000 people who had participated in Kumbh Mela 2021 has tested positive for Covid 19 in the last five days. According to Uttarakhand’s  Covid 19 state control room, lakhs of people gathered in the ghats in Haridwar for the royal bath on 12 and 14 April. Throwing caution to the wind, around 13.5 lakh people arrived for Baisakhi Shahi Snan on April 14.

Inspector General of Kumbh Mela  Gunjyal said, “all the 13 Akharas took a holy dip on the occasion of Baisakhi Shahi Snan during Kumbh. The Baisakhi bath is considered the largest of all four royal baths. In 2010, around 160 million people had arrived for it. However, this time the crowd was less than expected."

With the shortage of vaccines and the health system collapsing, the second wave of coronavirus is already wreaking havoc in India. Meanwhile, Kumbh Mela 2021 has become the super spreader of the infection, increasing the Covid count of the nation.

Taking precautionary measures, the Karnataka government has issued an advisory stating, every person returning to Karnatka after joining Kumbh will have to undergo an RT-PCR test.