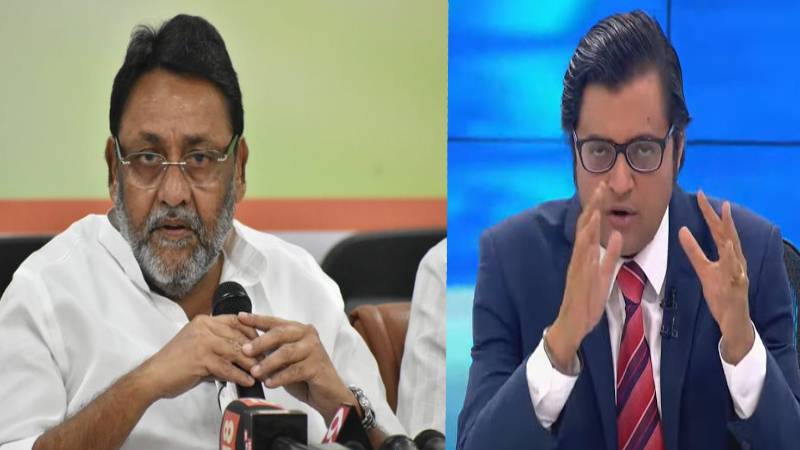 Malik who is considered to be a close aide of NCP chief Sharad Pawar was filmed saying that Arnab Goswami will be trapped in the TRP scam case. On being asked that the Republic name not present in the FIR, then Malik said that investigation is a very big process and his name will come.

Without taking the name of Arnab Goswami, Malik said, "He is driving himself crazy, I scare he does not commit suicide. The path he has taken he thinks everything works according to his mind. The world does not work in the fakery. He is now trapped in the TRP Scam case. The investigation will trap him. The report will come."

On being asked the Republic name, not in Hansa's report, Nawab said, "Let me tell you clear thing, he will be trapped. This man will have a lot of problems. And the investigation will bring out many findings."

Also Read: CBI takes over probe into TRP scam on the recommendation of UP Government

Recently another sting conducted by the same media channel revealed that Maharashtra Chief Minister Uddhav Thackeray has formed a team to work against the Republic network.

Interestingly, now the CBI has entered the TRP scam case, it will be interesting to see what turn the case takes.