"After Jalebi Rhea Chakraborty Considered Me As Her Guru": Mahesh Bhatt To Mumbai Police

Mahesh Bhatt said, "I have always given a chance to new talents and never promoted nepotism." 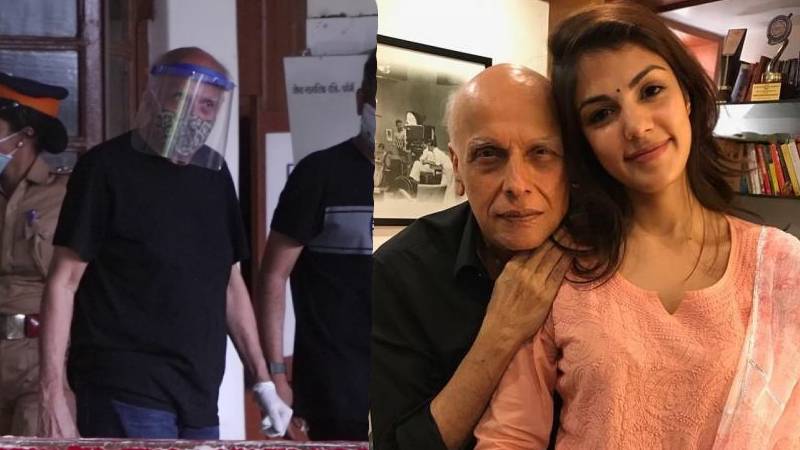 Mahesh Bhatt on Tuesday reached to Santacruz Police Station for questioning on Sushant Singh Rajput. Although the speculations were that the Police will question him on the basis of his associate's viral message in which she revealed that Mahesh Bhatt had said Rhea to stay away but Mahesh Bhatt was interrogated on Sadak 2.

Going by the reports of news organization DNA, Mahesh Bhatt clarified Mumbai Police about many things. Bhatt said that he met Sushant only twice in his life. He also added that he had not promised any movie to the actor. It was reported that Sushant was going to be part of 'Sadak 2'.

Mahesh Bhatt said, "I have always given a chance to new talents and never promoted nepotism."  He also said, "I met Sushant first in August 2018 and then in January 2020. We never had any conversation on signing him for my film."

In 2018, Sushant had tweeted about Mahesh Bhatt's new book. The actor wanted to meet the filmmaker at that time. Bhatt also said that he knew Sushant through Rhea, and the actor wanted to work with him. Mahesh said that the other time he met Sushant was after he cast Rhea in 'Jalebi'. Mahesh Bhatt said that Rhea considered him guru after the movie.

Mahesh Bhatt went on to add that even though he never approached Sushant, the actor was keen to work with him irrespective of the role.

Mahesh Bhatt totally refuted the reports of Sadak 2 being offered to Sushant. He said that Sushant was never approached for 'Sadak 2' because the filmmaker wanted to make a sequel to 'Sadak', and thus, he always had Sanjay Dutt in mind for the character. He cleared that neither Sushant nor Rhea were approached for the movie.

With Mahesh Bhatt, a total of 38 people have been interrogated in Sushant's death case so far.