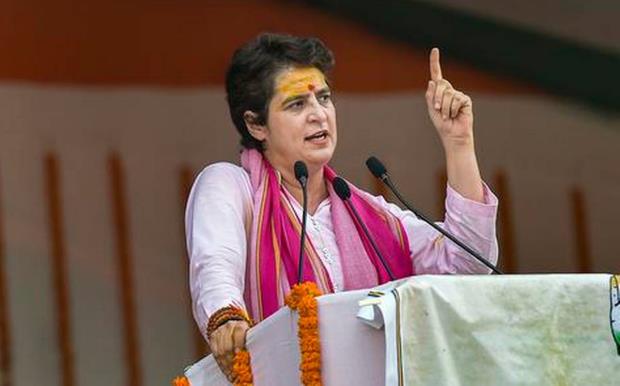 She said that this time, the talk of giving 40 percent tickets to women in Assembly elections is just a beginning."I want half the population of women to contest 50 percent of seats in the 2024 elections. The mobile will help in your safety and the scooty will help you in your studies. All journeys will be free for women in the government buses and 40 percent provision already exists for women in government posts," she said.

Priyanka Gandhi targeted the BJP government and said that a minister`s son crushed the farmers in Lakhimpur but the government helped him. Priyanka, on Wednesday, was interacting with a group of about 5000 women at Ramghat on the banks of the Mandakini river and heard their problems. Priyanka Gandhi assured them that Congress would stand by them and help them in every possible way to solve their problems.