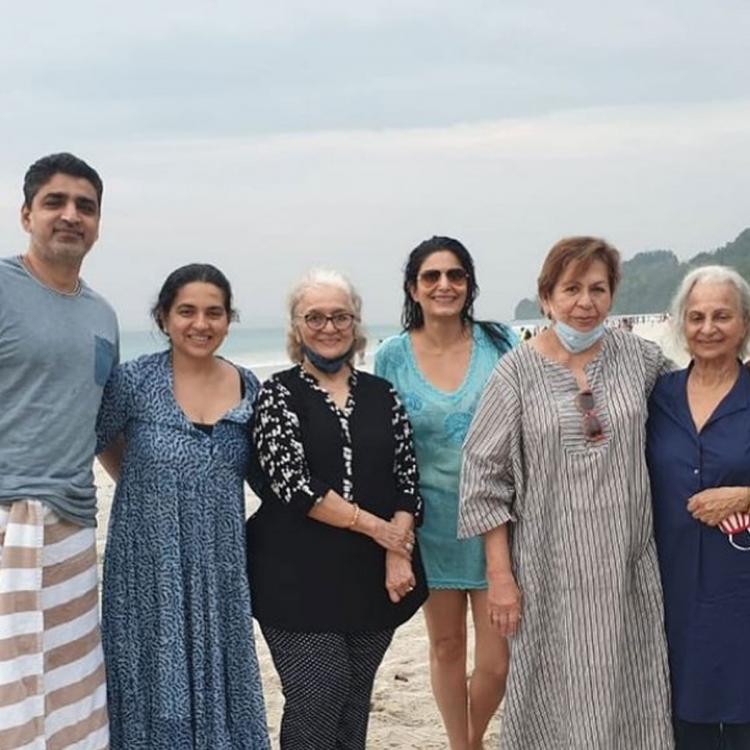 Our Bollywood industry witnesses many bonds of friendship between different artists. Such a strong bond is shared between the three sensational and stunning veteran actresses Helen, Asha Parekh, and Waheeda Rehman, whose work was remarkable and will be forever remembered.

The veteran actress Helen, Waheeda Rehman, and Asha Pareekh have won millions of hearts and were known as queens of hearts, and now they are also known for the strong bond of friendship they share from long back and the bond is becoming stronger as the years pass.

Also read: Kim Kardashian become billionaire, replied who will become next billionaire from their family

The three actresses and living their lives like a queen even in their old age. Recently these three beauties were captured in Andaman Island holidaying and enjoying together. In the picture, Asha Parekh was graciously dressed in a Black shirt and trousers, Waheeda was in a blue-colored shirt and trousers and Helen was wearing a striped kurta. The three veteran actresses were having a smile on their faces and this is enough to show that the three actresses are having whoopee time together on the beachside.

Talking about their recent work on the silver screen, Asha Parekh was last seen in the 1995 release ‘Andolan’, having Govinda, Sanjay Dutt, and Mamta Kulkarni in the lead. Helen last appeared in 2012 in ‘Jodi Breakers’ and ‘Heroine’ which starred Kareena Kapoor Khan and Arjun Rampal. And Waheeda Rehman was recently seen in 2020 in the Tamil and Hindi movie ‘Vishwaroopam II’ with actor Kamal Hassan.