Just like most horror movies Malignant also has too many lose ends that could have been bound together with a better plot although, James Wan has sprinkled in his touch into it. 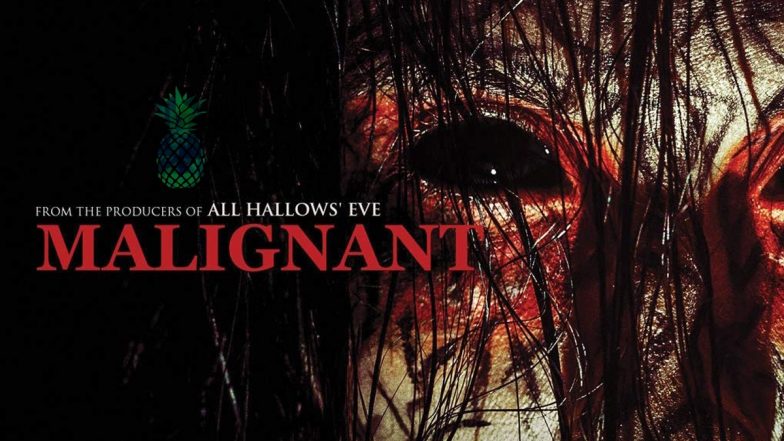 Malignant has received mixed reviews, the movie got a 75% on Rotten Tomatoes, 6.5/10 on IMDb and 50% on Metacritic. The movie is R rated by the Motion Pictures Association of America as the movie contains visuals of strong horror, violence and language and gruesome images.

The total running time of the movie is 111 minutes, during most of it  you’ll be at the edge of your seat . The movie is mostly criticized for its plot but the visuals of the movie and the direction is talked about.

The film starts with a classic hospital scene where the storm has already set the mood for something awful about to happen, while the viewer consumes what is happening the doctor announces that it was time to cut off the cancer.

In the very next scene, we look at the protagonist Madison, played by Annabelle Wallis who can be seen playing the character of a pregnant woman with several issues in her abusive marriage.

While the movie picks up on the pace, Madison is seen hallucinating about murders from the same unknown person who invaded her house. The end of the movie is surely talked about and is said to be interesting.

Although not everyone has the same review about the end, some critics have termed the end as ‘over-produced’ and ‘underdone’. The whole experience for the viewer is of being in the disturbed head of Madison who keeps hallucinating and is traumatized by the invader who may or may not exist.

The protagonist Madison’s character is said to be under developed as her figure is only used for some extra scares throughout the film and have not contributed anything concrete to the plot of the film.

This is one of the main reasons why the critics have not been very happy with the plot. Wan is well known for adding flickering screens and the element of surprise scares into his work, but if not done correctly this could actually add a laughing element to the content than being scary.

The underwhelming plot of the movie still holds it back from being the ‘good horror movie’ where the plot just adds to the visuals, besides that, to find out who the murderer and invader is you must watch Malignant.