"Go back to your home": Actress Malvi Malhotra who sought help from Kangana Ranaut slams the actress for coming back to Mumbai 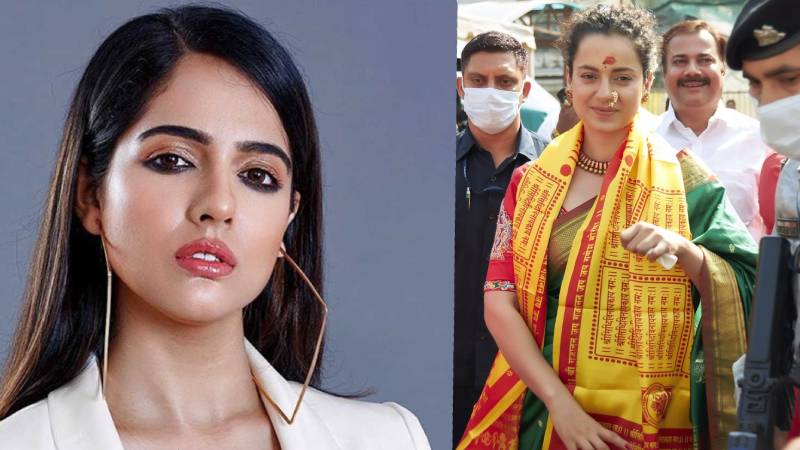 It is said that nothing is permanent in Politics i.e. no-one is an enemy and no-one is a friend. Maharashtra politics is indeed showing the same thing. Recently, South Indian and Tele actress Malvi Malhotra was stabbed multiple times by a Producer named Yogesh Mahipal Singh for turning down his marriage proposal.

The accused, Yogesh Mahipal Singh, had met Malvi a couple of times before the incident on the pretext of being a producer, after which he started pressuring the actress to marry him. Allegedly, after she rejected his proposal, Yogesh attacked her thrice with a knife.

Following this, Malvi requested actress Kangana Ranaut and National Commission for Women (NCW) chief Rekha Sharma to support her, saying she did not expect such an incident in the city.

Now, Malvi has slammed the Bollywood actress Kangana Ranaut after she returned back to Mumbai and called it a safe place. Malvi took to Twitter and wrote, "I feel ashamed that you are from my village @KanganaTeam .. you change your statements overnight .. !! Himachal people are not like you."

Interestingly, these potshots of Malvi comes after the actress met Urmila Matondkar. Malvi had accused Kangana that she never replied back to her after she sought help.  However, when it comes to replying, Kangana had actually written for Malvi and had also extended her support to the actress.