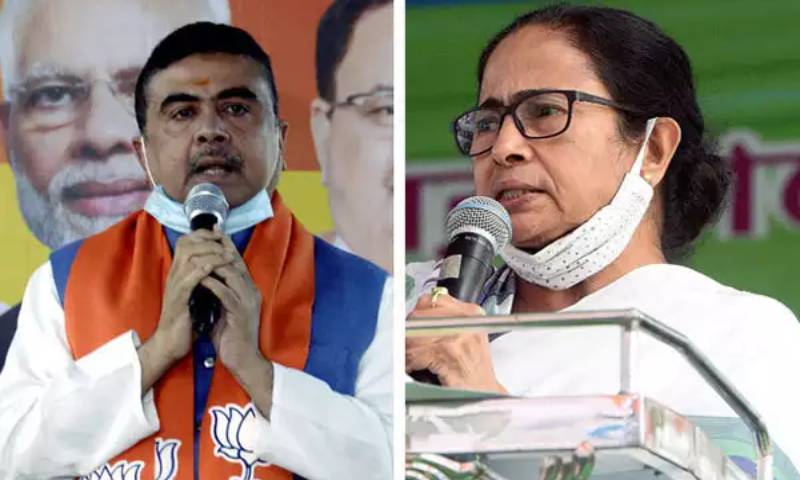 Though the TMC leaders claim the trends will be changed as counting of Nandigram block 2 is still pending and Mamata will definitely emerge as a winner.

Meanwhile, TMC as for now has a clear lead in the state, leading in 170+ seats. The BJP is ahead in 112 seats as of now. However, these are clearly early trends and the game may change for political parties within an hour or two.

The 2021 assembly election has been a major test for the ruling Trinamool Congress as the saffron brigade had put in all its might to make its footmark for the first time in West Bengal. But if early trends are taken as an indication, then Mamata Banerjee seems to have an edge over her rival.

On the other hand, BJP heavy weights like Locket Chatterjee, Swapan Dasgupta, Mukul Roy have been leading from their constituencies but Babul Supriyo has been trailing behind TMC's Arup Biswas from Tollygunje constituency.

Besides, with over one-fourth of the booths registered a polling percentage above 90, West Bengal's Nandigram this time saw the highest turnout in recent years.