Shravan Kumar Shukla, a teacher in a government school in Uttar Pradesh's Gorakhpur, is a happy man these days. His happiness has not only rubbed off on school children, but has also catapulted him to international acclaim, almost overnight. 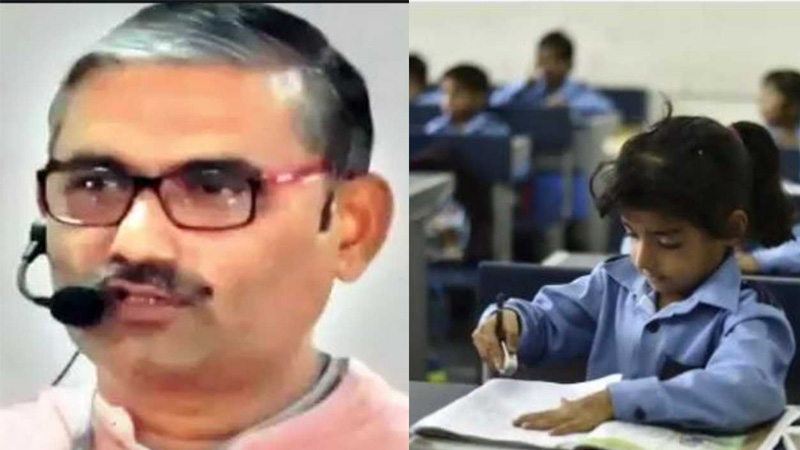 Shukla has been on deputation to Delhi since 2016 and is a part of the team that developed the happiness curriculum concept. It took a chance meeting with Delhi Deputy Chief Minister Manish Sisodia that gave him the chance to change the curriculum for government schools in Delhi.

"In 2004-05, I had gone to Chhattisgarh to attend a camp on human values. There, I met Manish Sisodia who at the time was neither in politics nor associated with Anna Hazare. He was working for the RTI. We found we were on the same frequency in many ways. When he came to power in Delhi in 2015, he called me on deputation, and I became a member of the core creative team of six people for the happiness curriculum in schools there. I am happy that the programme has achieved recognition and praise," he said.

Shukla said that while Uttar Pradesh officials have not contacted him for the happiness course, Nepal has asked the team to share the curriculum for their schools. Other countries like Afghanistan and the UAE have also evinced interest in the programme.

Shukla, who got his education in Gorakhpur and got a job in 1999 at a basic education school in Chiluatal, believes that all human beings irrespective of location, religion, caste and sex share immense similarities.

"A set of values is common to everyone. However, instead of nourishing those values, we have blindly adopted an education system and forgotten what makes us happy and good human beings," said Shukla.

He further added that the results of the happiness classes would be understood after 20 years when Delhi becomes a better place to live in.

US First Lady Melania Trump visited a happiness class in Delhi on Tuesday and spent time with the children.