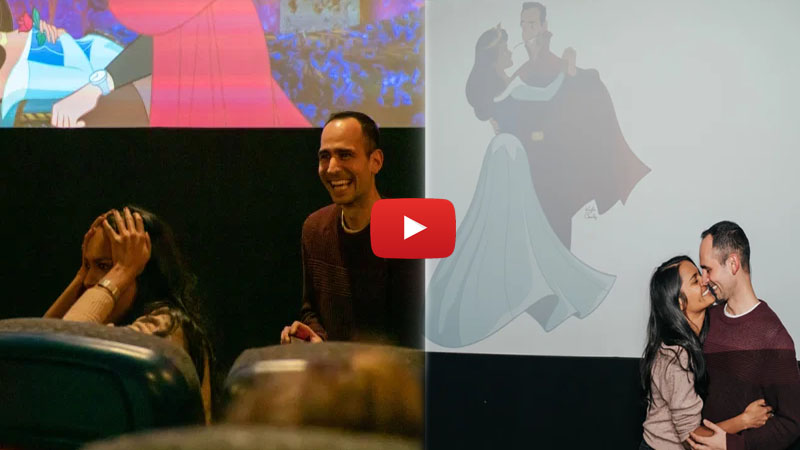 Since the last six months, Lee along with illustrator and character designer Kayla Coombs planned the proposal and Sthuthi was over the moon. The entire proposal has been recorded and the video has gone viral on social media.

Sthuthi had no clue of what awaited as she watched Sleeping Beauty at the theatre with Lee. With Kayla's expertise, Lee and Sthuthi were animated into the film on the big screen - she was stunned as Lee went down on his knees and proposed to her.

Sthuthi soon noticed that the theatre was filled with her family members and friends while she also took a few seconds to process the scenario, and ultimately said yes. "For the last 6 months I've been working with the incredible @yours_true_lee to execute the Sleeping Beauty proposal of his high school sweetheart's dreams," an excerpt from Kayla's caption reads.